What do you do when the excrement starts flying?

I write this in California on Monday, Mar. 18, 2019. Eight days earlier, a Boeing 737 MAX 8, operating as Ethiopian Airlines Flight 302, crashed six minutes after takeoff in clear air on what should have been a routine flight from Addis Ababa to Nairobi. The equivalent route flown in Africa as a flight from San Francisco to Los Angeles. A milk run, as pilots say. Some 157 innocent souls didn’t make it.

This follows a crash five months earlier in Indonesia, under similar circumstances with no apparent weather-related impediments, of the exact same aircraft type shortly after takeoff, with similar loss of life.

It is irresponsibly premature to draw sweeping conclusions from this most recent crash, as the investigation into both disasters continues. Much remains to be learned, and early theories of causation could be proven wrong. Eerie similarities between the two incidents have emerged from the evidence reviewed thus far, however, and we already know a few things. Those few things prompt anxious questions now.

No Rest for the … HoP and HiP in BGAs

Head-on-pillow and head-in-pillow look different under x-ray. The distinction is important.

Perhaps quad flat packages are not as fashionable a package choice as they once were because of their limited I/Os compared to BGAs, but they continue to be a staple in electronics (FIGURE 1). As such, they are still a source of problems to assemblers. With their typical gull wing joint style, located on the outside of the package rather than beneath it, these devices can be inspected optically. This can identify some issues that may arise but, as with other packages, if you can’t see the problem optically, it does not mean it is not there! Therefore, x-ray inspection of QFPs can complement any optical inspection, not only by helping confirm issues raised optically, but also providing wider fault coverage through identifying and helping mitigate a range of optically invisible issues that QFPs can provide. 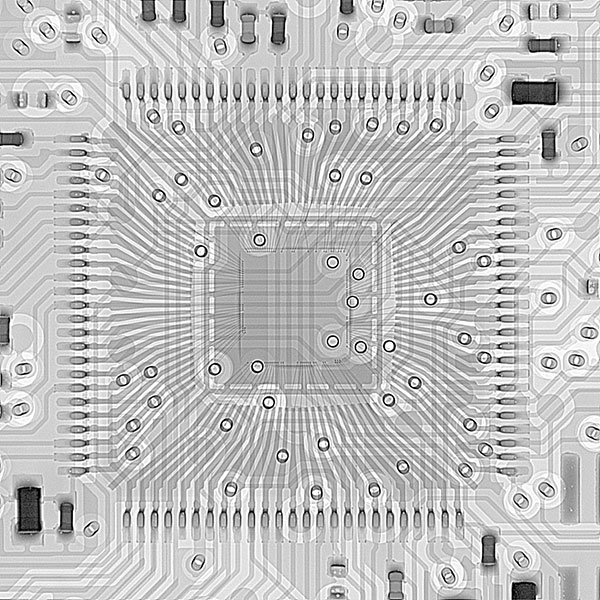 Figure 1. X-ray image of QFP from the top down.

Are we headed toward Singularity? Or just more PowerPoints?

The Hermes Standard Initiative is happy and glad to announce that IPC has confirmed to recognize The Hermes Standard to be the successor to “the SMEMA Standard” IPC-SMEMA-9851, which has been the only globally accepted and broadly established standard for machine to machine communication in SMT with regard to PCB handover. Accordingly, The Hermes Standard was assigned an IPC naming code: It can now officially be referred to as IPC-HERMES-9852.

This strong acknowledgment means a lot for further enhancements of the global footprint and acceptance of The Hermes Standard. With The Hermes Standard having shown an impressively fast start from early drafts to worldwide awareness, it is now entering the second stage in global market penetration.

Use partial CT to reveal trace discontinuities at incoming inspection.

In last month’s column, I suggested using x-ray inspection equipment more typically used for the investigation and quality control of assembled PCBs to check bare boards ahead of their use in assembly. Such equipment is often already onsite and readily available to the assembler. The benefits of enhanced magnification and resolution this equipment can usually offer toward inspection of representative bare boards ahead of assembly is, I contend, an opportunity to provide additional confidence that all is well in the bedrock of PCBA. Furthermore, the cause of any future issues, if they occur, can be more easily narrowed down to the assembly process, design or components. The example I gave related to the possible issue of poor drilling quality in the board vias and how, in x-ray images, the plating variability can be readily seen, especially if the via is buried within the board and optical inspection is not possible. Variable plating quality, however, such as voiding in the central termination of a QFN (see “QFN Inspection: Don’t Forget the Edge!” December 2018 column), can often be relatively obvious for an operator to see when it occurs in the x-ray image such that if it is not present and all looks consistent and appropriate, then other subtler issues may not be considered fully, or missed entirely.

Bare Board X-ray Inspection: Start at the Base

When nondestructive methods are preferred, leverage the x-ray.