Boundary scan is the present and the future. Are you ready?

Boundary scan has been widely adopted to maintain test coverage and board quality.

More commonly used in boards for telecommunications, high-end servers and high node count boards with limited test access, boundary scan provides not only a means of structural test for complex devices without the need to understand its core logic, but also to address a loss of test access.

Some of the test methods developed through the evolution of boundary scan include DriveThru (series components) in Interconnect test, virtual test (commonly known as silicon nails test in the in-circuit test world), and powered vectorless test. 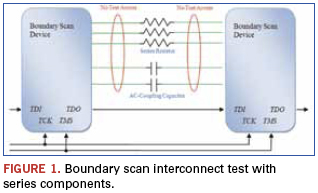 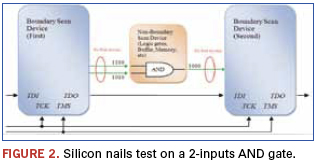 Depending on the test library and circuit topology, the non-boundary scan device can be tested completely by executing a silicon nails test with full input permutation. Compared to a standard digital test, silicon nails can provide the same level of coverage, with same fault diagnostics capability down to the pin level, and yet feasible in situations where direct test access is not available. 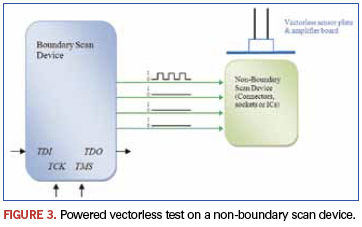 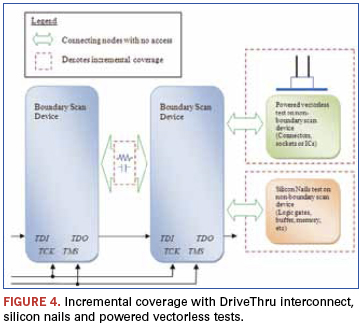 What I have discussed is only the tip of the boundary scan iceberg. Other test methodologies include in-system programming (ISP), built-in self test (BIST), pull-up/pull-down test, new IEEE P1687 standard, and many more. For boundary scan to be successfully implemented, the whole supply chain must be inclined toward it. Whether IC designer, board designer, layout designer, ICT test developer or even repair operator, everyone plays a part in making the whole test suite succeed.