Soldering is the only process where the outcome can be impacted in real time.

One of AIM’s field engineers came back from a cross-country trip this week with stories of a profiling issue that was giving the client difficulties. Ultimately, the issue was design-related with a large ΔT that could not be overcome with the equipment used in production. It took a full day of attempts to make that final assessment.

Many engineers and technicians I work with rank reflow profiling alongside getting their teeth cleaned or an early morning workout. You know you need to do it, and the benefits are significant, but they aren’t immediate, and it is an unpleasant chore. Let’s take a minute to go over best practices for reflow profiling. Ideally, a “golden board” will have been supplied as part of the work kit by your customer or your design team. This board (FIGURE 1) will be a sacrificial, fully populated assembly with thermocouples attached (ideally five to seven) with high-temperature solder in strategic locations across the assembly. This board can be processed through the reflow oven to collect detailed information to ensure proper solder reflow temperatures are achieved within the temperature constraints of other components on the assembly. 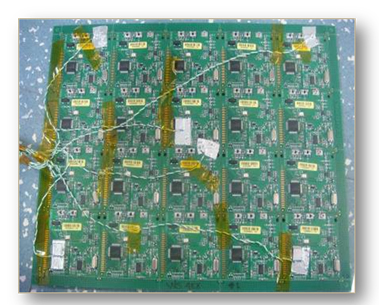 Figure 1. The golden board: expensive, but worth it?

This is the ideal. Reality is often much different.

Many times, the engineer is lucky if they can get one bare board to attempt a reflow profile. Often, profiles are an educated guess due to time and material constraints. One of the factors that push profiling down the list of priorities is that oven technology has become so advanced. A modern reflow oven is very effective at introducing thermal energy into the assembly, so the need for good profiling practice is less critical. In many cases one can “set it and forget it” and still obtain acceptable results ... until they aren’t. This is when all of that good practice comes into play. Imagine this scenario: An EMS provider has a 1,000-piece build on a high-margin, high-visibility client. One of the QFN components has a void percentage specification of less than 30%. The acceptance run was performed on the NPI line; everything was within spec, and the customer was happy. The production run is performed on a production line, however, which has a smaller, older, less-capable oven. The voiding on the subject component exceeds 50% on the production run, and there is a scramble to pull together the
information to understand and fix the issue (FIGURE 2).

Figure 2. Voids can be reduced with profiling techniques.

This scenario highlights a number of reasons for profiling each and every SKU/part number. The first reason is simple recordkeeping. In this case, if there is a record of the profiles used on the NPI line and the production line, the documentation will show what profile was used. Profile oven settings may remain unchanged from assembly to assembly because they fall within the recommendations of the paste/component suppliers. However, a record of the reflow profile (which is collected using an oven profiler) should be collected for each run of each SKU/part number.

Another practice should be to run a confirming profile at the beginning of each day and production run. This will identify any issues with the reflow oven before the day’s production has been compromised due to a failing fan motor or heating element. Of course, these recommendations take time and resources, and are only appreciated after an issue arises.

An important consideration regarding reflow profiling and the reflow process in general: It is the only place in a production line where the outcome can be impacted in real time. Put another way, the solder paste formula is fixed; it cannot be changed. The same can be said about the stencil, PCB and components.
Assuming the print and placement processes are optimized, then the oven profile is the only process where what exits the oven can be manipulated “on the fly” (FIGURE 3). Profiling can improve or eliminate a number of defects. Void reduction (BTC and BGA) is one, as mentioned in the earlier anecdote, but also head-in-pillow (HiP) defects, wetting defects, residue characteristics and even flux cleaning, to name a few. Regular profiling gives insight as to how equipment interrelates to the solder paste chemistry and other materials. Additionally, perfect practice makes perfect. The more profiling is done, the more efficient the staff becomes, thus reducing the time required, as well as gaining insight to educating customers and designers to potential issues before they make their way onto the production floor.

Oven profilers are becoming more sophisticated, making the task of profiling less arduous. Complex algorithms and software can make collecting and analyzing data more meaningful and faster to perform. But even with these advancements, profiling expertise is accumulated over time and experience, and there is no substitute. This expertise is often lost with personnel changes. Make reflow profiling part of the culture of a production environment; don’t rely on an individual expert.

The importance of reflow profiling is often underestimated and underappreciated. Have your paste or oven vendor spend a day on the floor for an oven audit and to educate your team to best practices. It’s painless and can pay big dividends.