Guidelines for evaluating the DAC for your needs.

For functional testing of automotive electronic units (ECU), the analog input signals are usually emulated to be as close to the characteristics of the actual sensors during the ECU’s actual operation mode. To emulate these signals, the digital analog converter (DAC) is commonly used because it provides the best compromise between just enough specifications to meet the emulation requirements, as well as a higher channel density count, especially since the ECU uses many of such sensors. With plenty of DAC choices on the market, how do you decide which DAC would fit your test requirement in the most cost-effective way?

ECU analog input signal characteristics. Typically for ECUs, the common analog input signals are +12V / +16V for light vehicle, while +28V is needed for truck application. Look out for the output voltage levels. Most DACs in the market are designed for general purpose applications and typically limited to an output voltage level of ±10V. As such, users would need extra effort to design the signal conditioning circuitries to convert the +10V output to higher voltages. In addition, this circuitry would then need to be maintained while in production to avoid component obsolescence. It would be wise to choose a DAC able to output the required voltages and thus eliminate the need to design and maintain these signal conditioning circuitries.

In some cases, the ECU would need current source inputs. For example, to emulate the wheel speed sensor for a transmission control unit (TCU), typically a 7mA to 14mA square wave is generated (Figure 1). Most DACs do not have current source capabilities, and those DACs that do may not be able to generate waveforms. Without current source output capability, test engineers would either have to purchase extra source and measurement units (SMU) or design extra current source circuitries to support this feature. These extra efforts are not simple tasks and neither do they add value and quality to ECU testing. 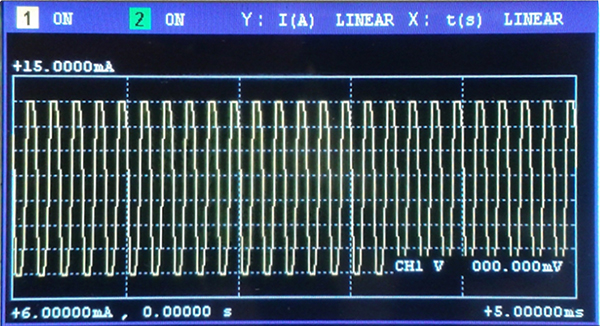 Figure 1. An example of a wheel speed sensor of 7mA to 14mA current output at 5kHz.

In other cases, special arbitrary waveforms may need to be simulated. This includes the application under which a glitch is simulated to test whether the ECU is able to catch it and react appropriately. For cost-effectiveness and high-density requirements, the DAC should be able to process the waveform files and generate the required waveforms like an arbitrary waveform generator, which, however, is typically more expensive per channel compared to a DAC.

An important feature to check is the slew rate of the DAC, as this will determine whether the waveform generated meets the test requirement. For example, to simulate the increase or decrease of engine RPM on the fly, the speed of the DAC waveforms must be able to cater for frequency changes in a continuous and immediate manner without turning off the DAC output.

Some automotive sensors may need isolated groundings, such as oxygen sensors. To emulate these sensors, the DAC ideally must have an adequate number of isolated channels. Unfortunately, most DACs either only have isolated channels or isolated banks. Some DACs, however, offer complete isolation for each individual channel. This enables the user to stack more channels together to output higher voltages. Normally, this kind of DAC would also offer output remote sensing capability, and this promotes precise output voltage at the ECU. In contrast, isolated banks work by grouping a few channels (e.g., four, eight or more channels) on the same grounding. If this DAC is employed and not all channels in the bank are used, the rest of the channels would be wasted resources. Since isolated grounding does not require too many input pins, and not every ECU needs this feature for high-mix production, it may be much more practical to use DACs with isolated banks.

System platform and form factor. While evaluating a DAC, take into consideration the test system platform, which determines the complete setup of the test strategy for the device under test. The common tester platforms are either VXI-based, GPIB-based, LXI-based or PXI-based test systems, or even a combination of two or more platforms in what is commonly called a hybrid system. VXI-based test systems have been around for a very long time, and many users are actually phasing out this solution. In tandem, some manufacturers have started to migrate to newer GPIB or LXI-based solutions. Testers that need to run RF signals, such as for remote keyless entry or tire pressure monitoring system testing, are mostly on GPIB or LXI-based platforms as well. The industry trend is toward PXI-based systems, as they promote instrumentation with smaller form factors, which help to save production floor space. A typical PXI-based system comprises a PXI chassis, which has a limited number of slots, usually four, eight or 18 slots. With a limited number of slots, consideration must be taken when selecting a PXI DAC to ensure the PXI chassis would be able to fit all PXI instrumentation, to optimize cost and space.

Channel counts. A typical engine control unit has around 128 analog input pins. To achieve lower production testing cost and faster test time, the DAC is normally connected directly to the ECU without going through multiplexers or pin matrixes. This requires a multi-channel DAC that fits this application. Most DACs come with channel counts of four, eight or 16. Some offer up to 32 or 64 channels. A DAC with lower channel counts will need to be upgraded with more units of DAC. For example, if 128 analog input pins are required, eight units of 16-channel DACs will be needed, as opposed to only four units if using a 32-channel DAC. This is critical, especially for PXI users, when space in the PXI chassis is limited.

DAC protection and switch isolation. As mentioned, the DAC output is connected directly to the ECU without any switches in between. In any test system setup, all instrumentation should be protected from potential damage from the DUT to avoid production downtime at all cost. With this in mind, having individual channel isolation switches at the DAC output is a must. This serves to protect the DAC from any current leakage from the ECU pins into the DAC. At the same time, the isolation switch offers complete isolation from the DAC channels when the channels are not needed during testing. Most DAC manufacturers ignore this need. Carefully select the DAC and, where possible, select one with channel isolation switches.

Price. When selecting a DAC, the cost consideration should not only focus on the price of the instrument or module. It should take into consideration the extra circuitries and the added efforts of implementation. Cost of ownership should never be taken lightly. When choices are provided, it might be tempting to select the cheapest DAC that meets the baseline specifications. However, this might lead to a variation of DACs specified at different production sites. This can raise ownership cost, as spares for different DACs need to be easily available to avoid production downtime. Most companies with global manufacturing plants strive to keep spares to a minimum, so a consistent model and global solution is essential.

Choosing a DAC for an ECU application may seem simple, yet knowing how to choose the best one that fits both application and budget needs a much deeper level of analysis and understanding.