With RoHS exemptions about to expire, the SMT market might see a host of new solders.

I vividly remember a moment in 1994, sitting in a job interview, trying to conjure an image of the periodic table for the abbreviations for tin (Sn) and lead (Pb). Of course, these weren’t easy guesses because both elements’ abbreviations are derived from their Latin roots: tin from stannum and lead from plumbum. I incorrectly provided my interviewer with the abbreviation for titanium (Ti) and the famously nonexistent unobtainium (Uo). As confused as I was at the time, little did I realize how simple things actually were.

Back then, there was essentially one alloy in use for electronics assembly: Sn63/Pb37. A few specialized applications used a small percentage of silver (Ag) in the SnPb, tin-silver or high-lead solders, and a handful of old-timers wouldn’t let go of 60/40 SnPb, but the generally accepted thinking was the vast majority of the market used eutectic tin-lead solder.

Along came RoHS in 2006, ushering in the era of lead-free soldering. There was considerable debate and distress over what alloy would replace dependable SnPb. Considerations included reliability, process compatibility and cost. A Pb-free alloy made up of tin, silver (3.0%) and copper (0.5%) (SAC 305) emerged as the industry standard during the RoHS transition because it had reasonable thermal fatigue reliability, a low melting point compared to other alloys under consideration, and was compatible with the mixed metals supply chain that would combine lead on the components and PCBs with lead-free solders. It was by no means a drop-in replacement, however. Issues surrounding SAC 305 implementation included: 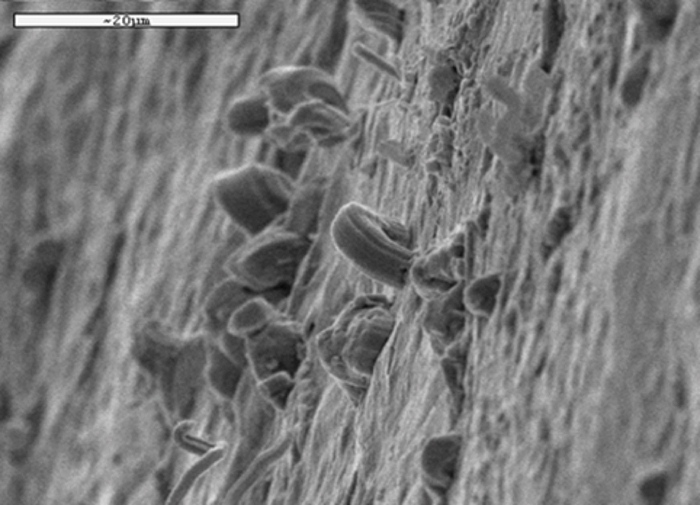 These deficiencies became evident as SAC 305 was implemented more broadly, generating an undercurrent of dissatisfaction. Even as PCB assemblers were implementing SAC 305 in the mid 2000s, they were actively seeking alternatives to address the alloy’s known and anticipated shortcomings.

In many cases, material cost became a major issue, especially for the cost-conscious, “disposable” class of consumer electronics that was targeted for the first phase of the Pb-free transition due to its lower long-term reliability requirements. Silver-free alloys for through-hole soldering quickly took hold in these applications.

In many cases of through-hole soldering, the increased cost of the SAC 305 bar or wire represented most of the cost of the finished good. Therefore, reducing the silver content offered a profound cost savings.

In wave soldering, processing temperatures are largely the same regardless of the melting temperature of the alloy. A 500°F (260°C) solder pot or 700°F (370°C) soldering iron can be used effectively to process  SAC 305, SnCu, the nickel (Ni) bearing SN100C, or a host of other alternative tin-based alloys.

As many through-hole processes were largely indifferent to alloy, fragmentation of the wave solder alloy market quickly ensued. SAC 305 pots were dumped for SN100C, SACX, K100LD, and simply SnCu3 in the most cost-sensitive applications. Surface mount assembly and solder paste alloys were far less amenable to alloy changes, however, for good reason:

Thus, SAC 305 remains the global SMT reflow standard. Could that change? Categorical RoHS exemptions expire entirely within the next 24 months, and inconveniently, applications for electronic assemblies are poised to explode in transportation and interconnected devices. The fragmenting of the wave solder alloy market seems bound to repeat itself in SMT, but for a host of different reasons, many of which are based on performance, rather than cost or process considerations. 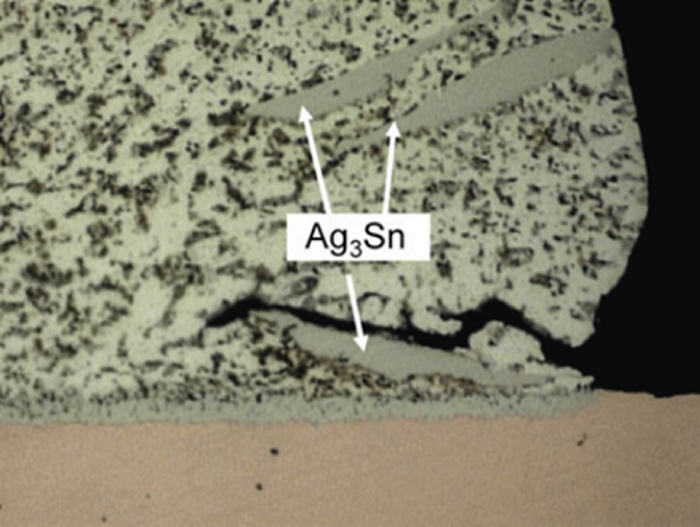 One of the major weaknesses of SAC alloys is their physical properties. The SAC 305 grain structure coarsens as it ages, thus weakening the solder joint over time.
FIGURE 3 shows the effect of thermal aging and coarsening of the grain structure of SAC 305, resulting in reduced mechanical performance. This condition is exacerbated by thermal cycling, and under the right conditions a SAC solder joint can simply disintegrate. 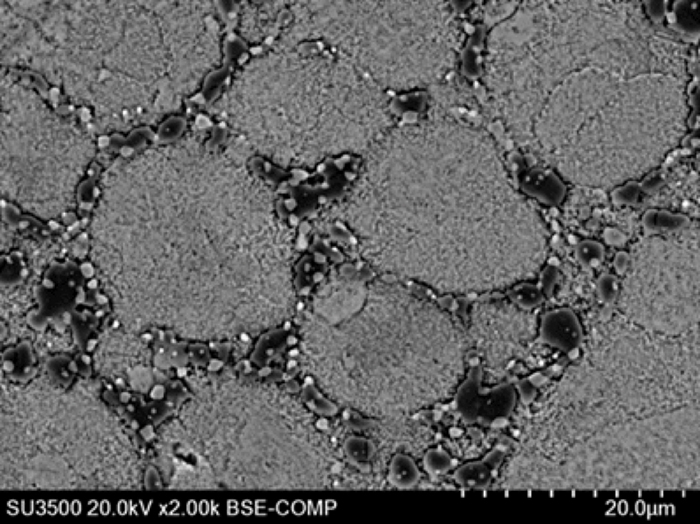 Figure 3. Microstructure of SAC 305 after aging.

The solder industry is innovating to address these challenges. New options and new understandings are emerging to meet the demands of multiple markets as RoHS exemptions expire. Bismuth-containing alloys and other micro-alloys or alloy dopants are emerging as the next generation of enabling technologies.
Bismuth (Bi) has a long history in the solder alloy market. It lowers the solder melting point, improves wetting, stabilizes the solder grain structure and is relatively inexpensive. These characteristics address the major shortcomings of many of the lead-free solders in the market today. With all these redeeming properties, why hasn’t bismuth been used all along? When enough bismuth is present, it combines with lead to form a ternary alloy with a melting temperature of 97°C. As electronics heat up, this low-temperature phase of the solder joint can melt and extrude out, creating numerous reliability concerns. Now that mainstream PCB assembly is RoHS-compliant and lead has been virtually eliminated from nearly all assemblies, adding bismuth to solder alloys has become a viable – and very attractive – option.

In addition to bismuth, other elements in trace amounts show promise toward increasing the performance of new lead-free alloys. Elements such as zinc (Zn), germanium (Ge), manganese (Mn) and nickel (Ni) have been incorporated into lead-free SMT alloy systems, and all seem to enhance a particular facet of alloy performance.

What’s next? When and where will the electronic solder alloy proliferation end, and how will it affect the average PCB assembler? It’s hard to predict which alloy or combination of alloys will emerge to complement or replace the SAC family. It is clear, however, that alloy development is underway to address the deficiencies of SAC alloys currently in use. We expect further fragmentation of the SMT alloy market will somewhat parallel our experience with the wave solder alloy market, as more applications require tailored properties and can accept performance tradeoffs.

Whether driven by technological, economic or regulatory forces, PCB assembly has been in a constant evolution since its inception. Innovation defines the industry, and a willingness to embrace emerging technology serves to obtain results once thought unobtainable.