Straightening Out a Squeegee Blade Dilemma

When it comes to components, the devil’s in the details.

The interdependency of all elements of stencil printing to achieve a high-yield result can be overwhelming. When you consider just the things we’ve addressed in this column – from tooling to warped boards to stencil tension to solder paste types and everything in between – it’s clear controlling the printing process is a balancing act that takes a fair level of expertise (or at least a robust self-learning system!). Nothing underscored this reality more than a recent experience with a customer.

When printing a relatively high-mix board that contained a range of components from 01005s to large QFNs, the customer was experiencing different results from the front and rear print strokes. One direction printed relatively well. But the reverse direction left smearing on the stencil and, according to SPI results, non-optimal paste transfer efficiency. The assembler tried troubleshooting the issue, but nothing seemed to work, other than applying different print pressures on the front and rear strokes in order to get the same output from the process. This, of course, is not normal for solder paste printing.

Assuming it was an issue with the printer, they called in our team to have a look. A system recalibration did not correct the issue, so further investigation was required. Upon inspection of the squeegee blade, it was learned the squeegee holder was an OEM part from our company, but the blades were from a third-party supplier. Just feeling along the edge of the blade, it became apparent it was not sharp. Thus, an evaluation of the impact of proper and improper squeegee profiles was undertaken.

One of the customer’s blades had a rounded edge; it was only slightly curved but was enough, apparently, to have an impact. While most metal squeegee blades go through a post-laser-cutting chemical etching process to remove any burrs that may be present, the result should be a straight, 90° edge. The blade in question had a bullnose-like shape (FIGURE 1), which may have been the result of leaving the squeegee blade in the etching tank a little too long. The middle section of the blade was also over-etched, creating a slight scoop toward the center of the metal. To further analyze the impact of the squeegee profile, our team produced several blades with different profiles and, not surprisingly, our laser-produced, 90°-edge squeegees (FIGURE 2) delivered far better process capability than those with rounded finishes. 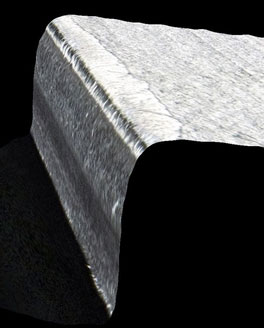 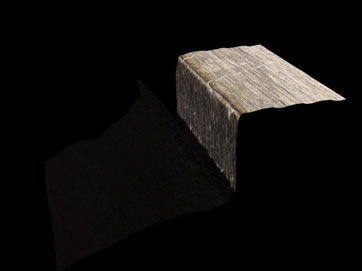 This customer is certainly not alone; print pressure adjustment likely would have been the perceived remedy applied by many an electronics assembler. When the top of the stencil was ghosting (smearing) and no stencil issues were observed, the operator decided that winding up the pressure was the cure. In fact, that only made matters worse, and the blade was actually folding back on itself. Smearing, as has been discussed in this column on many occasions, is indicative of a setup or input (gasket, squeegee, tooling) issue. Anytime the stencil is not 100% cleared of material, subpar paste transfer efficiency will likely be the result. The difference between transfer efficiency on the front and back strokes was striking. After sharing our squeegee profile investigation results, the customer employed an OEM squeegee blade, and the problem was solved.

In this situation, the rounding of the squeegee blade edge was small – about a 20µm or 30µm radii – but it made a huge difference in the print result. This one example shows all print process tools are critical; these are engineered parts, and manufacturing them to specification is hugely important. Personally, I know our company has adhered to a very stringent squeegee blade edge spec that is close to a 90° chiseled edge. Ensuring high-quality printing components is even more critical as the reliance on operator intervention diminishes. The next time you think you’re saving a few bucks on squeegee blades by sourcing non-OEM parts, you might consider the cost in yield, output and profit. Details, details, details!