Typically, when copper, organic solderable protectant (OSP) coated boards are left exposed after soldering, the copper oxidizes and darkens in color. It will quickly become unsolderable but does not corrode. If exposed to activated flux residues that have not deactivated after preheat and soldering, it is possible to see green verdigis on the copper surface. FIGURES 1 and 2 show a printed circuit board that has been soldered, and the exposed copper on the topside of the board around the pad shows the green deposit referred to as green verdigris. 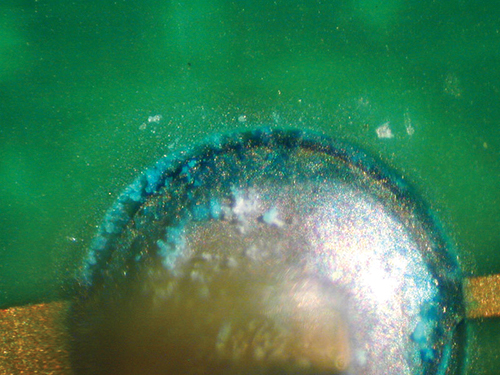 Figure 1. A post-soldered PCB, showing a green deposit on the pad. 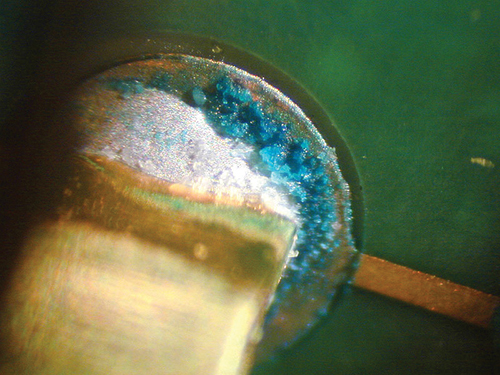 Figure 2. This deposit, known as green verdigris, is caused by excessive water during wave soldering.

The boards in the photos were wave soldered in a bath, but this could also have occurred during selective soldering. The flux is the issue. In these cases too much water-based material was sprayed to aid soldering. The preheat was too low, so the remaining material after soldering remained active, hence the crystal formation. It is fair to say most quality engineers would not accept this on boards, but often with other flux materials this deposit is self-limiting. It forms and does not corrode the surface of the copper or result in any other reaction such as copper dendrites.

If the green deposit is carefully removed, it will reveal whether the surface of the copper is being etched or there is no further reaction or pitting on the surface. The same reaction can be seen during flux assessment with a copper mirror test, whereby the green reaction products are present on the copper deposited on the mirror, but the thin copper is not removed. It has also been seen during SIR testing when copper is exposed on the edge of tracks on a test coupon. In this case the SIR test results were satisfactory – all above 1x109 and no dendrite formation.

Martin Wickham is a consultant at the National Physical Laboratory (npl.co.uk); martin.wickham@npl.co.uk. His column appears monthly.