Solder Balloons are Popping Up

Solder balloons can be seen on the bottom of the board after wave or selective soldering, and they can be attached to through or via holes as shown in the two examples. The solder balloons can be complete or pop open (FIGURE 1). X-ray would reveal a complete ball but with a void inside the solder. 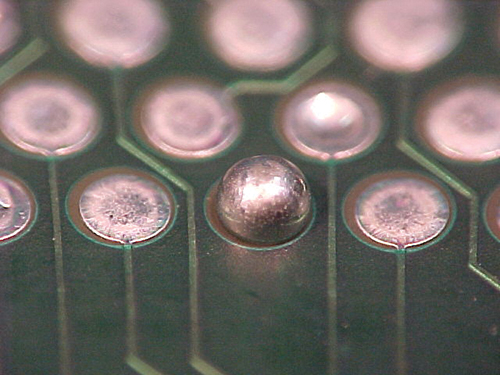 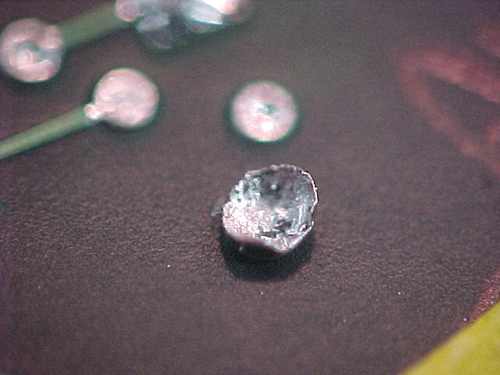 Figure 1. Solder balloons caused by outgassing from the hole during soldering can remain formed (left) or burst open (right).

This process issue is caused by outgassing from the hole during soldering. Gassing continues as solder solidifies, leaving a perfectly formed ball or popped balloon. It may be more likely to occur with a Pb-free solder that is not a true eutectic.

It’s fairly easy to test the board assembly or a bare board from the same batch with a high-temperature oil to inspect for outgassing from the plating. Poor plating or thin copper plating of less than 25μm can permit this process issue to continue.

While a cosmetic defect, there is a high probability of the protruding solder ball catching on some surface during handling, lifting the pad and trace. Outgassing from PCBs is not uncommon, but correctly specifying the board and a copper plating thickness of 30μm on through-holes should prevent the issue. It is fair to say that as via holes may have less copper plating in thicker boards, we may still see balloons on boards.

Martin Wickham is a consultant at the National  Physical Laboratory (npl.co.uk); martin.wickham@npl.co.uk. His column appears monthly.