Although similar in appearance to black pad, mechanical strength is not affected.

“Black tar” is a term coined by two engineers in the UK to describe a solder deposit that looks more like a soft deposit and a surface plating issue.

Black tar was observed as lead-free technology was introduced but also was seen with SnPb during selective and wave soldering, particularly on through-hole parts. As shown in FIGURE 1, it also has been seen on surface mount parts that are wave soldered. The x-ray image (FIGURE 2) shows poor wetting to the surface of the pad and also in the barrel of the through-hole joints. 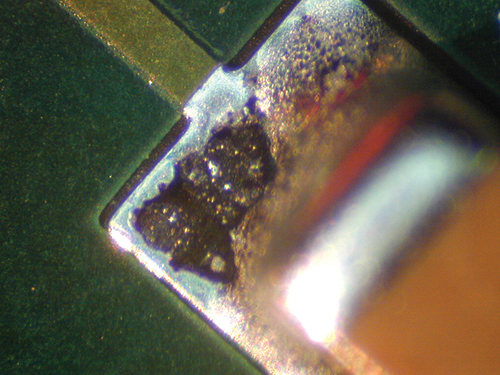 Figure 1. A black substance, the result of nickel plating, can appear on SMT and PTH parts during wave soldering. 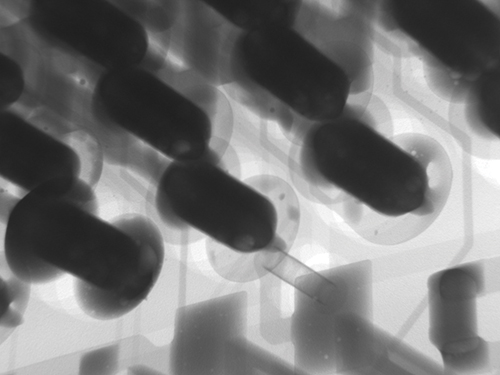 Figure 2. Under x-ray, black tar is consistent with poor pad and barrel wetting.

Nickel plating was determined to be causing the problem, and once PCB fabricators began looking closely at the controls on the nickel plating process, black tar has not been seen, or at least reported.

Assembly engineers need to understand the controls recommended by chemistry suppliers, and use them as a guide when auditing a PCB fabricator. Many engineers associated this defect with black pad for obvious reasons due to the color. However, the visual appearance on the surface of the nickel of each respective defect was different.

Also, with black tar, although the solder joint in selected areas around the pad edges was affected, the mechanical strength of solder joints did not appear to decrease during shear or pull testing. This is not the case with black pad, which impacts joint strength.