Enabling embedded and other value-added test in your toolbox.

The popularity of boundary scan (IEEE 1149.1) has been increasing through the years to become one of the preferred methods of electronics manufacturing testing of printed circuit board assemblies. Boundary scan is commonly used as a limited access solution for high-node-count PCBAs (10,000 to 20,000 nodes). Due to component density on board, it is typically either not possible or too costly to test such PCBAs using in-circuit test (ICT) bed-of-nails solutions.

Structural shorts test. The integrated boundary scan toolbox is not a substitute for an ICT shorts and opens test, which can detect shorts for all accessible nodes. However, boundary scan offers the ability to selectively check for a possible short by measuring the resistance between power nodes, where a short will cause a catastrophic failure (FIGURE 1) to a PCB when the circuit board is powered on. This is a very welcome addition for manufacturing test folks who need to avoid costly damage to the PCBA. 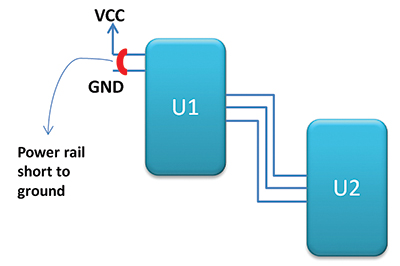 Nowadays the manufacturing test engineer can integrate a power supply and a low-cost multifunction switch/measurement instrument into a boundary scan tool. Using the built-in software control interface, the engineer can take control of the power on/off and have the ability to measure the resistance and voltage of the power rail on board (FIGURE 2). 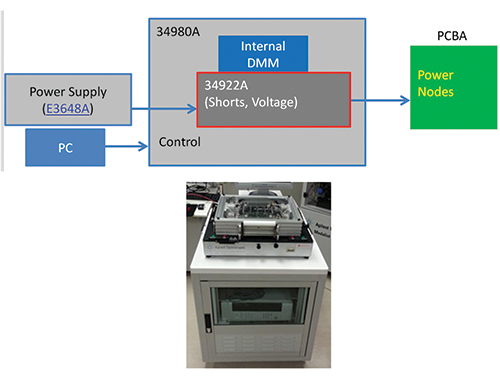 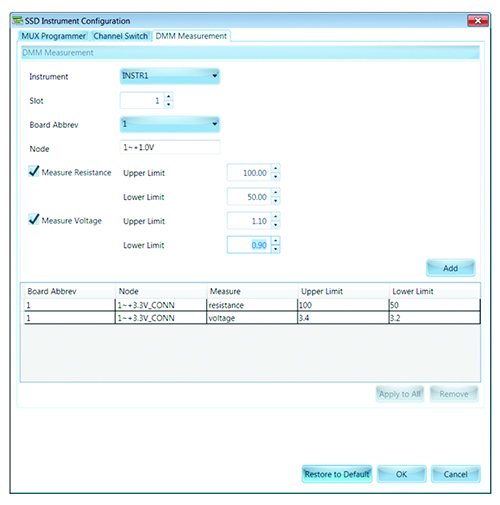 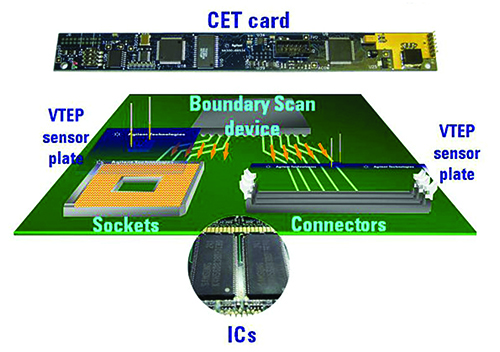 Embedded test (BIST and Intel SVT). Built-in self-test (BIST) has been gaining ground in the industry with the recent passing of the IEEE 1149.1 2013 and IEEE 1687 standards, both of which support embedded testing. BIST has been around for some time, but had been mostly implemented only at the chip level. Implementation of on-board test was not widespread, mainly due to limited availability of BIST support at the board level from boundary scan device vendors. Since then, boundary scan tools have included STAPL/SVF to enable support on various devices with instruction “opcodes” for BIST testing (FIGURE 4). 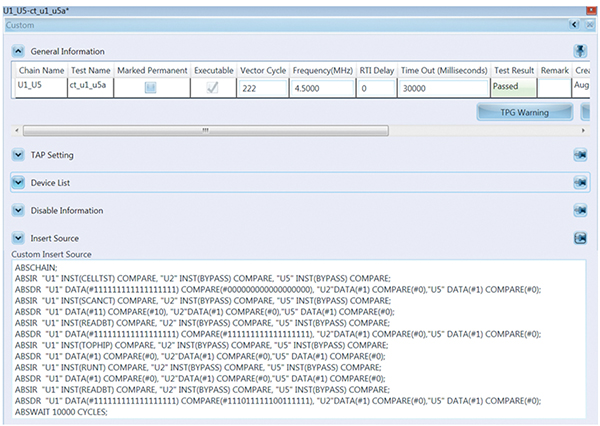 It requires test access to the debug port 2 and uses Intel DFx Abstraction Layer (Intel DAL) to securely access the Haswell CPU silicon to verify its function and that of surrounding devices.

Intel SVT requires the BIOS to be set up according to Intel BIOS Writer Guide3, reserving a designated register to host the results of the Intel SVT test. During manufacturing test, the PCBA under test has to be powered up safely to run the BIOS, and Intel SVT will post the results of its test into the designated register. The content of the register is then compared to known good board values to assess whether the PCBA passes or fails the set of tests.

Intel SVT will test the following via the Haswell CPU (and BIOS):

Continued advancement of both software and hardware in the boundary scan toolbox and concurrent development and support of industry standards will help to regain test coverage lost on traditional ICT methods. In the near future, the handy boundary scan toolbox is likely to expand with new features to exceed the expected test coverage of today’s complex PCB assemblies. 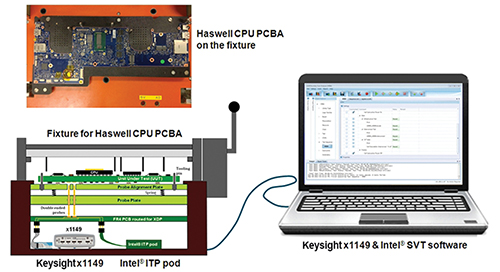