Sales were down 1.2% from March, in line with typical seasonality, the Semiconductor Industry Association (SIA) announced today.

“Global semiconductor sales in April slipped slightly compared to the previous month, which is in line with seasonal trends, but significantly outpaced sales from April 2019,” said John Neuffer, SIA president and CEO. “The global semiconductor market through April has shown early signs of resilience to the economic turmoil caused by the COVID-19 pandemic, but significant uncertainty remains in the months ahead.”

SIA represents 95% of the US semiconductor industry by revenue and nearly two-thirds of non-US chip firms. 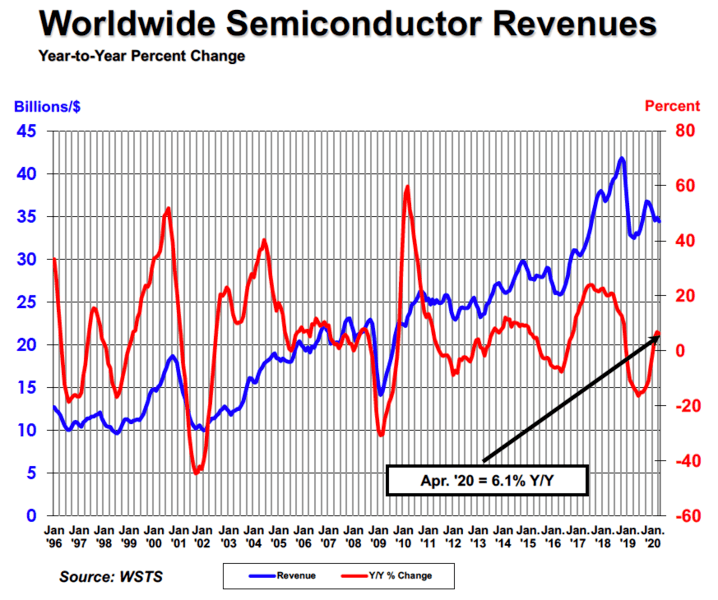