Why Zestron Wants to ‘Clean Up’ in Asia

With its new technical centers in Taiwan and Japan, the electronics cleaning company is going local and changing cultures.

Asia knows how to throw a party.

Upon exiting the bus at Zestron’s inauguration ceremony for its first ever technical center in Taiwan last month, we were met with multiple cameras. Hsinchu employees, local press and native dancers flanked a red carpet leading into the sleek building. They’d been eagerly awaiting the company’s management team. For Zestron’s customers, however, the ceremony is secondary to what comes next.

In mid-May, Zestron inaugurated two new technical centers: one in Hsinchu, Taiwan, and the other in Samukawa, Kanagawa, Japan. That brings the number of technical centers the company now boasts to eight, including labs in Germany, Malaysia, the US, Korea, and two in China. Zestron’s technical centers correspond with each of its headquarter hubs.

Harald Wack, Ph.D., president of Zestron, called Taiwan a “flourishing business environment” in his opening remarks, part of which he gave in Chinese, a language he says he’s been diligently learning over the past two years. His personal efforts are a microcosm of the company’s commitment to winning over customers in South Asia. 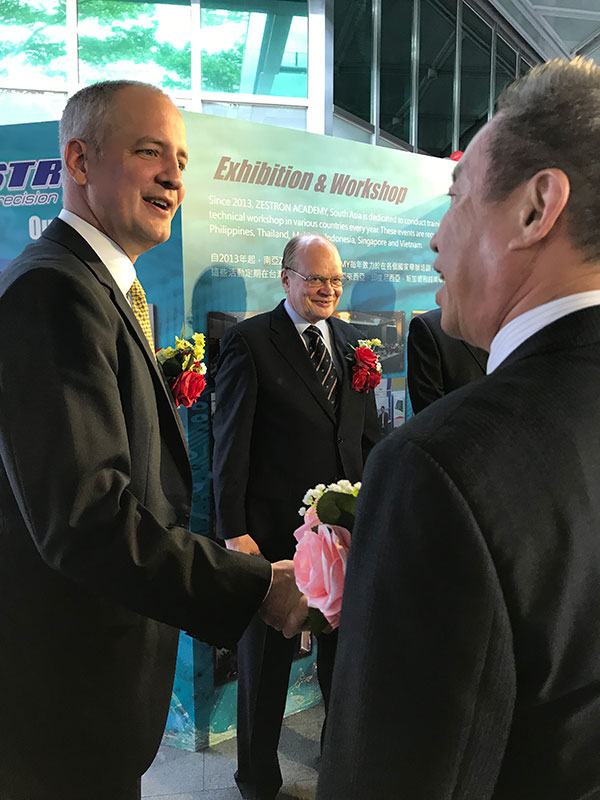 Figure 1. Zestron president Harald Wack greets Jack Ma, president of Everteam, at the opening of the Taiwan site, as John Zarno, Zestron's chairman of the board, looks on.

“This is an important company milestone,” he said. He promised the Hsinchu community Zestron would go “beyond expectations,” with a “commitment to personalized, professional customer service” and the “highest product quality.”

Wack said the opening is the culmination of a decade-long presence in Taiwan. He thanked James Yeoh, the firm’s executive director of South Asia, saying, “You’ve provided the reason we’re here today.”

The initial scale is small, with three staff members currently working in Hsinchu. Nevertheless, the company expects the local team to “multiply,” and is banking on its growth. Asia is the “future leader” for company growth, Wack said, adding, “We would like to become more Asian every day.”

Zestron is putting its money where its mouth is. Some 70% of its current global investment is in Asia. Recently, it started R&D in Malaysia, with two Ph.D. chemists there who work directly with customers. “We are automatically learning more about Asian requirements” and are open and adapting to it, Wack said.

While Zestron is “listening to more local customers,” Wack is quick to note the company is “not only Asian.” The Ingolstadt, Germany-based firm is well-established in the US, and “that won’t go away. It’s a good mix of everything.”

Zestron prides itself on being a leader in research and development in electronics assembly process cleaning. Spreading itself across a wider breadth of the globe brings unique challenges for its lab workers. Because its customers are multi-regional, Zestron conducts multi-regional studies, including a current semiconductor study to prepare substrates. One of the firm’s customers is the leading semiconductor company in Asia, among other giant global names in the electronics industry with whom it works. Zestron conducts multiple engineering meetings each year, and task groups are formed across global campuses to perform studies for certain accounts.

While standard products work with the majority of customers,” when necessary, Zestron formulates special products, especially for large customers.

“R&D is everywhere for us,” Wack said. R&D “regularly communicates as much as the engineers do,” he added, citing a video conferencing system where as many six people communicate face-to-face. “We are very well connected.

“The tech centers come across problems,” he explained. “The next step is the engineer engages with R&D. It becomes a multi-departmental effort to satisfy the customer.” 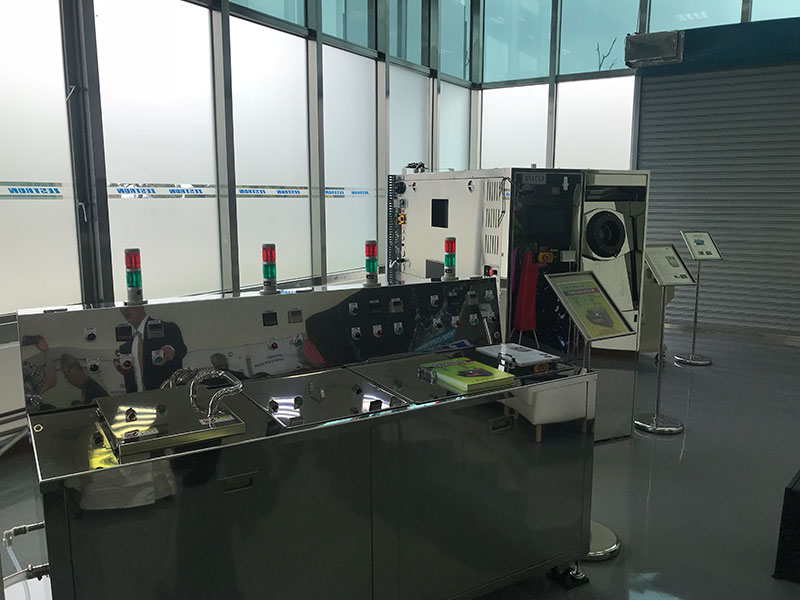 Figure 2. The Taiwan tech center is outfitted with cleaners that are typical of the local market.

At a press conference inside the Hsinchu lab, Wack provided the impetus for the facility, which is contained on one level of the building. He stressed the importance of being local, which gives engineers the chance to see the effects of flux residue and other contaminants for themselves up close.  “It allows local customers to come here to see our products are better.” The site “shows how clean an assembly has to be.”

The goal is to show customers the advantage of automation. “Results are becoming a lot more consistent,” he said. “We recommend automated cleaning” because it provides more long-term reliability.

The newly inaugurated sites contain inline and spray-in-air machines from local manufacturers. Both Hsinchu and Japan feature the Kedtech S300 and include office space and an analytics lab, where they’ve integrated the Zestron Eye digital monitoring system for measuring and controlling cleaning bath concentration.

“One of the reasons we are in Taiwan and Korea is the semi markets,” Wack said. “Taiwan, Korea and Japan are very semiconductor heavy. We don’t have those kinds of ovens everywhere.”

Currently, about 30% of Zestron’s business is semiconductor, with 70% SMT, but in the next five to 10 years Wack expects that number to be closer to 50/50. “It will be harder to differentiate between the two at some point,” he said.

He emphasized the environmentally friendly nature of Zestron’s water-based products, as the industry’s traditional use of solvents is outdated.

“Solvents are difficult to remove and dispose [of]. In the last 25 years, part of our success has been in R&D. We have been able to change to a water-based product. Our products are pH neutral and fully biodegradable. A little concentrate. The rest is water.”

Wack called the formula the “closest we can come to pure water. We are about 10 years ahead of the competition. No one else comes close.”

That said, the decision to clean remains a hurdle for many. Generally, it is driven by quality issues, especially as boards get smaller and more prone to failures due to residues. “Not every customer wants to clean, so companies that decide to clean have to do so because of product quality,” Wack added. “If they don’t clean, they’ll have product failures in the field. Once you have rejects, it creates more work than you can imagine.

“Miniaturization gets more important. It is becoming more difficult to clean under components.” This is a trend “every cleaning company is facing.” It is “probably one of the biggest challenges.”

Wack and his staff welcome the opportunity to sit down with customers to determine their challenges and how to solve them. “Being physically present is important. We see infrastructure as a unique advantage.”

He said the Hsinchu tech center will grow, and will eventually need a bigger space, like with locations opened earlier.

A New Culture in Japan

In a more formal, equally impressive setting, Japan brought out the white gloves for the Samukawa event. The day included a ribbon-cutting, another press conference, a customary sake barrel breaking, a tour of the immaculate two-story building – not counting rooftop access – and drum lessons by native talent.

The ground floor houses analytical and cleaning labs, including a large, conveyorized inline cleaning machine for water-based products that is said to be atypical for Japan. Manufacturers in Japan typically prefer ultrasonic and solvent cleaning. But according to Wack, Zestron has begun to convince customers to switch.

“We are changing the culture,” Wack said. “You can only go to Japan if you have a better mouse trap.” The key, he shared, is to be patient and build trust.

In addition to the S-300 inline machine like the one in Taiwan, the site has Fourier-transform infrared spectroscopy (FTIR) to characterize organic residue (Lumos and Alpha II); ion chromatography capabilities, and a Sawa Ecrobid ultrasonic machine that cleans stencils.

Zestron previously rented a facility in Japan for five years. The firm’s growing success led to the decision to choose the new location. 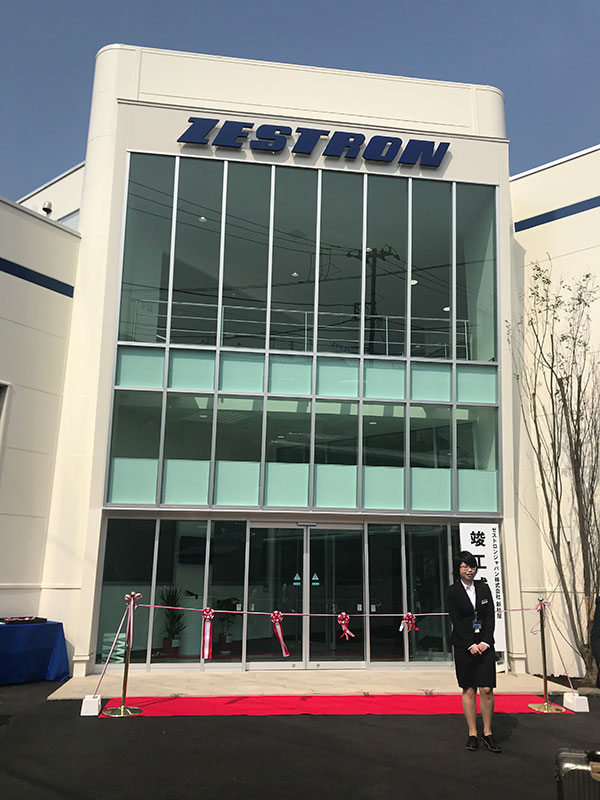 Zestron Japan is a 10,000 sq. ft. site, including a warehouse and a large empty space for growth. That compares favorably with the Ingolstadt technical center, which is more than 8,600 sq. ft, with over 30 cleaning machines. In all, Zestron has a total of more than 70 cleaning machines globally. “The new sites are at the same (capability) level as Germany,” Wack said.

In Taiwan and Japan, as with their other technical centers, Zestron will use a scanning electron microscope (SEM) and energy dispersive x-ray (EDX) microscope, currently on order. Analytic testing is for inorganic and organic residues.

In a speech to local press, Wack commended Zestron Japan’s general manager, Daido Sawairi, whom he met with five years ago to discuss a Japanese presence. “We both felt it was a unique and great time to start in Japan to replace old technology.

“Today is a good beginning to build trust as a new company to Japan. We have invested a lot of money and are confident one day it will be returned,” Wack said. “What Daido and team have accomplished in a few years is truly remarkable.” 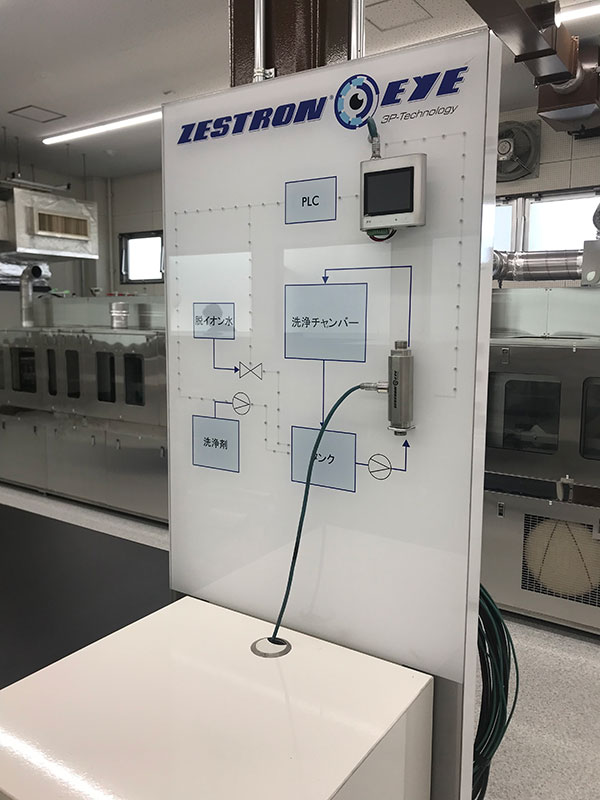 Figure 4. The Zestron Eye tool for measuring contamination is a big piece of the company’s analytics assessments.

When asked later, Sawairi said the Japan technical center was completed just two days prior to the inauguration. “We made it,” he said. The 20-year-old building was overhauled, starting last October.

To the best of Zestron’s knowledge, their new Japan home is the biggest industry cleaning center in the country. Within a few years, they expect the staff to grow from five, with up to 10 employees expected soon.

“Many customers stay longer than a day because of challenges they are having,” Sawairi said. “It’s not uncommon [for them] to stay a week. We want to accommodate them.”

“But generally, within a day, we can solve a problem, and we’ve never not been able to solve a problem,” Wack added. “If you don’t have local tech centers and engineers, it won’t happen.” 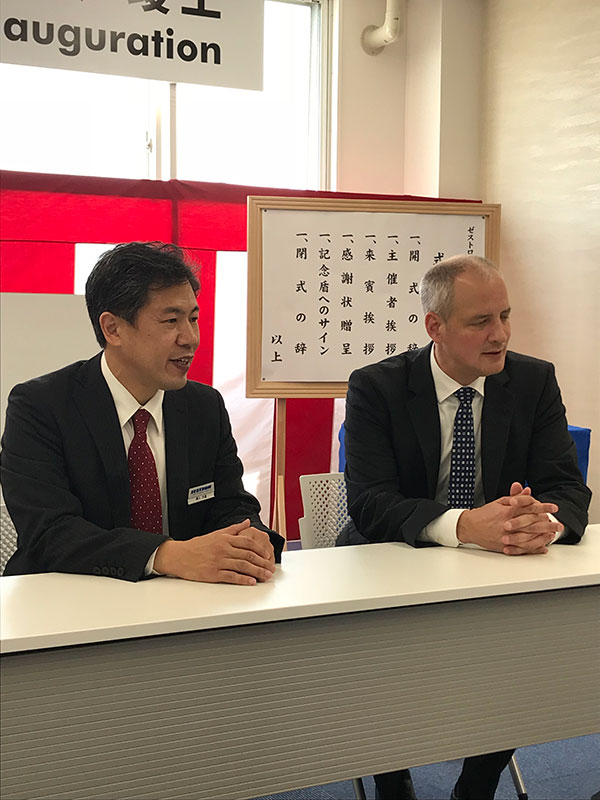 No set arrangements are in place for Zestron to open more technical centers, although Wack says there have been talks about Brazil or India. With its current eight sites, Zestron has come a long way since CIRCUITS ASSEMBLY covered the company’s Manassas, VA, inauguration 11 years ago, when the firm’s other operations were limited to Ingolstadt and Shanghai.

After spending several days alongside members of Zestron’s team, including Wack and his father, founder Oskar Wack, Ph.D.; Ralph Hoeckle, managing director, Zestron Europe/North Asia; John Shen, general manager, Shanghai; Doris Lam, sales manager, Zestron South Asia; John Zarno, chairman of the board of directors; Yeoh; Sawairi, and several others, it’s clear an age-old saying we’re all familiar with is true: “If you put your mind to something, anything is possible,” Wack said.

Not unlike a global, multilingual family, the talented minds of Zestron will have “favorable wind pushing [from] the back,” according to the mayor of Samukawa.

Register now for PCB WEST, the largest trade show for the printed circuit and electronics industry in the Silicon Valley! Coming Sept. 11-13 to the Santa Clara Convention Center.