Root Cause Failure Analysis of Dendrite Shorting: A Comparison of Analytical Techniques

FTIR, SEM/EDS and ion chromatography used in concert with a pair of extraction methods offered varying degrees of precision.

A group of 25 conformal-coated, no-clean assemblies was placed in an environmental test chamber at 40°C/90%RH for 168 hr. under functional conditions. Each assembly was tested with its plastic/metal enclosure on the unit; large openings in the enclosures permitted the assemblies to be exposed to the environmental conditions. Twenty-two units produced dendrites in multiple locations; all grew shorts on the SMT pad without components (FIGURE 1). The units were biased with 3.3V for 168 hr. at 40oC/90%RH. 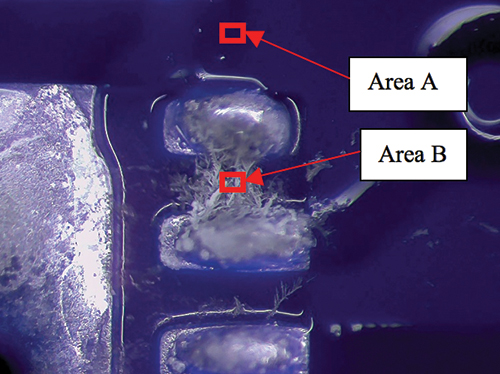 FTIR (Fourier transform infrared spectroscopy) analysis was performed using a Thermo Nicolet iS10 spectrometer and Continuum Microscope. A match was shown to the reference area of the nearby conformal coating. Data interpretations of FTIR analysis (FIGURE 2) show that the dendrite area matches only the conformal coating reference residues. 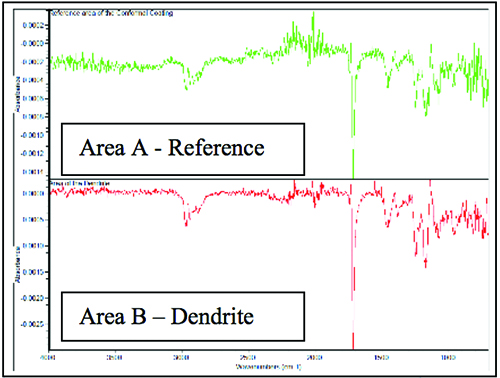 SEM/EDS  analysis was conducted in an Amray SEM/EDS system using variable pressure mode. This does not require gold or carbon coating of the specimen and
requires additional analysis to be performed after SEM/EDS on the same unit (#414).

EDS analysis (FIGURE 3) of unit #414 shows detectable elements as carbon, oxygen, silicon, (no chloride was detected with the markers on) and tin. SEM (FIGURE 4) and optical imaging (FIGURE 5) show dendrites grew on top of the conformal coating and not underneath. The SMT pads show no coating on the pad surface, permitting the metal to react with fluid on the surface of the PCBA. 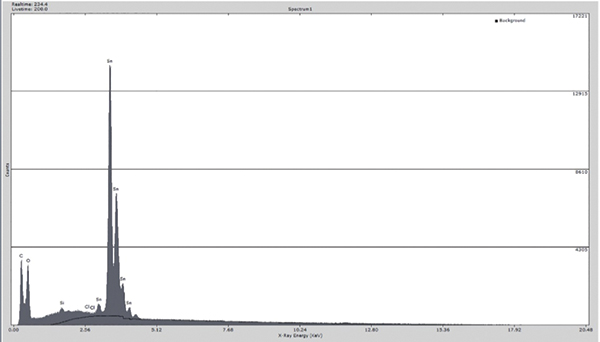 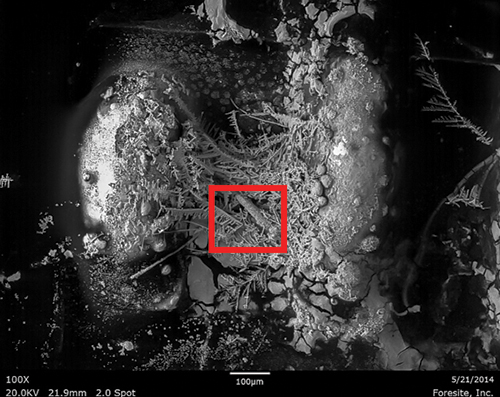 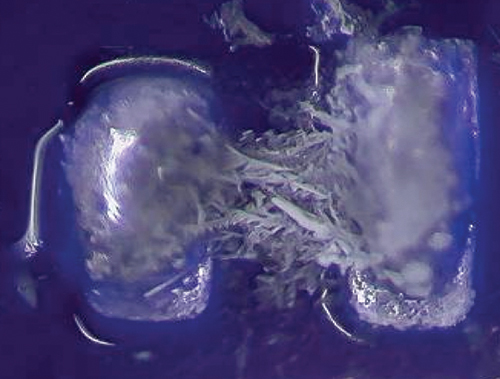 Figure 5. Dendrite area on top of the conformal coating.

Ion chromatography analysis was performed using the C3 test and extraction system specific for site extractions. A reference area on top of the conformal coating was extracted, followed by the area under the coating where failures occurred.

After the C3 localized2 extractions were completed, the conformal coated board (total board) was bag extracted with 10% IPA/90% DI water for one hr. at 80°C. FIGURE 6 shows the C3 test cell on reference (coated) area of PCBA. FIGURE 7 shows the C3 test cell on dendrite location with coating and SMT pads exposed. Based on the results of the dendrite and reference areas, a third extraction location on the plastic housing (FIGURE 8) was chosen directly above the dendrite. 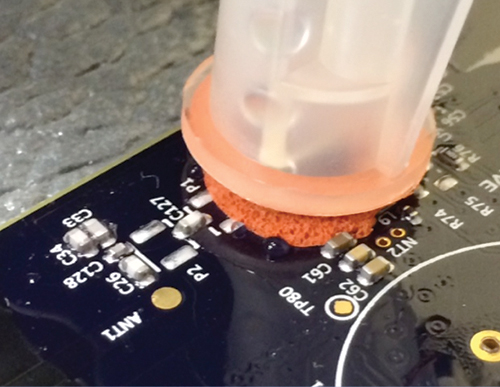 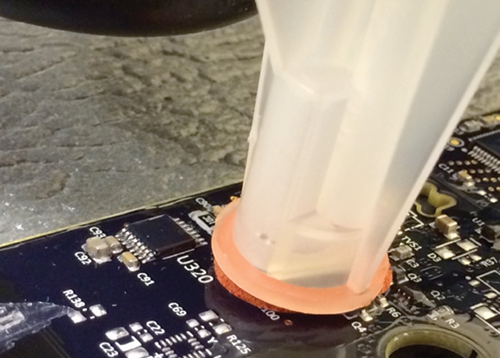 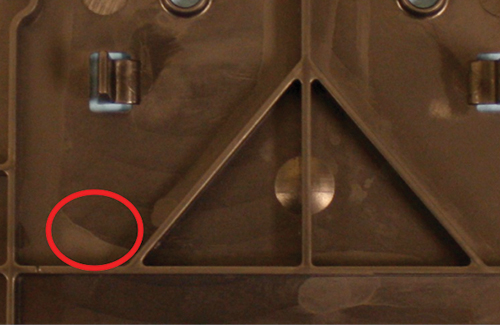 The reference area C3 results were “Clean,” indicating that the residue did not short the electrode in the C3 test cell during the 180 sec. run time (FIGURE 9). The test of the dendrite area read “Dirty,” indicating the copper electrode with a 10V bias shorted in 30 sec. at 250µA of current (FIGURE 10). 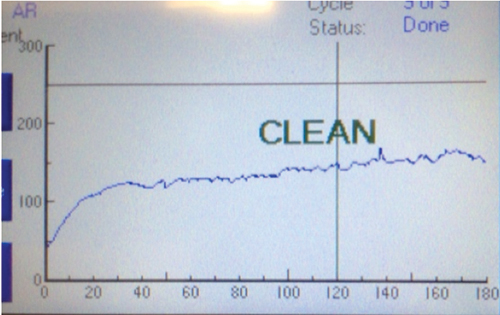 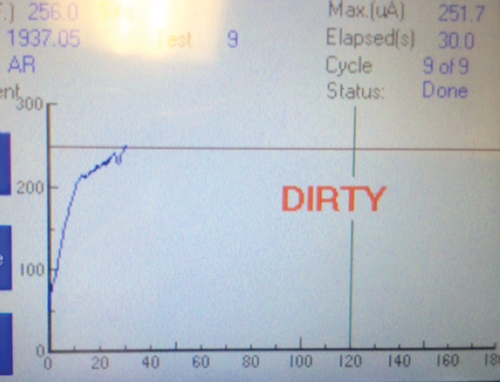 The residues on the inside of the housing tested “Dirty” in less than 1 sec., shorting the copper traces in the solution (FIGURE 11). 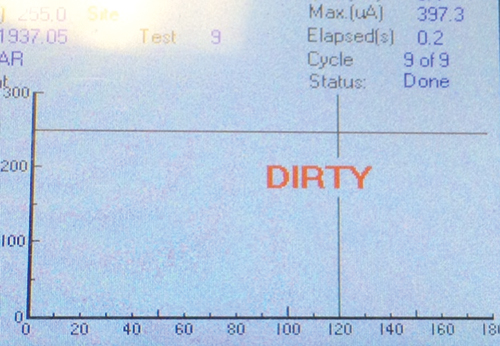 FIGURE 12 shows the C3 reference area on top of the coating, with exposed metal on the resistors’ surfaces. FIGURE 13 shows the dendrite area, where the top of the reflowed pad lacks complete coating coverage. 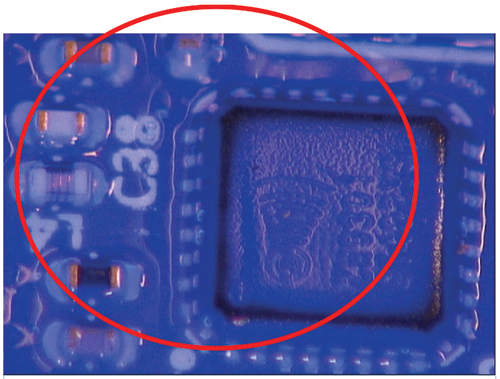 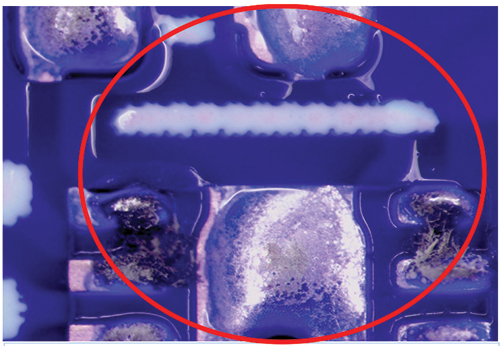 The plastic housing (Figure 8) above the dendrite area was tested to see if residues were transferring to the board surface. The anion residues identified by IC analysis in the reference area (FIGURE 14) showed low levels of acetate, chloride, sulfate and WOA. Residues detected from the isolated dendrite area (FIGURE 15) showed high levels of acetate, formate, chloride and sulfate that were not present in the reference area. Residues detected from inside the plastic surface (FIGURE 16) showed the highest levels of acetate, formate, chloride and sulfate. This residue signature is typical of a mold release for plastic parts. 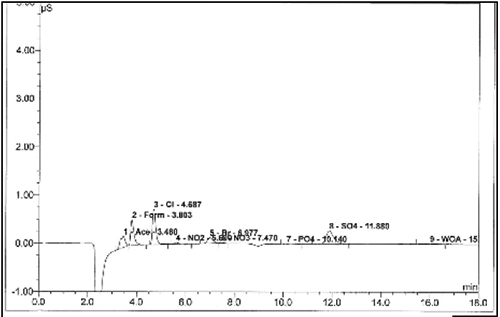 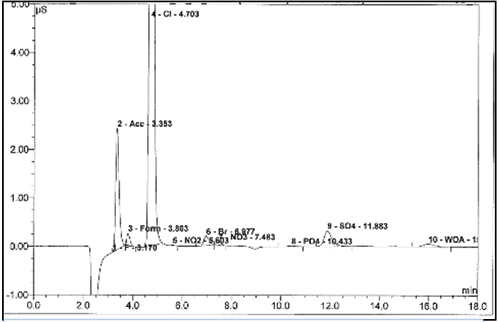 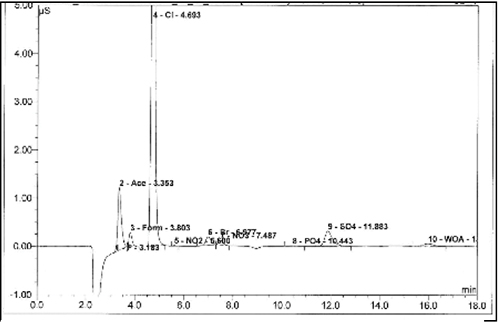 A Thermo ICS 3000 IC using an anion column AS22 with a modified eluent isocratic bicarbonate/bicarb structure for optimal separation of ionic and organic residues and a CS12A column with a sulfuric acid eluent structure provided more accurate results from the C3 extractions. TABLE 1 shows that the total board, 100mls, bag extractions (using 90% DI water/10% IPA) of the PCBs with dendrites had relatively low levels of ionic and organic residues, compared to the localized C3 extractions.

FTIR testing showed no difference organically on the surface of the dendrites from the coated reference area. No root cause for the failure could be determined by this analytical method for dendrite growth.

SEM and optical imaging showed the dendrite growth was on top of the coating and that the coating did not completely cover the solder mound, leaving the exposed metal to react within the environmental conditions. Optical imaging with UV light showed the exposed metallization of the solder domes was not covered by conformal coating. No root cause for the failure could be determined by this analytical method for dendrite growth, but it does show there is an open path for condensate to bridge pads.

EDS analysis showed the dendrites are comprised of tin, carbon and oxygen. There was not enough concentration to detect chlorine or sulfur elements. No root cause for the failure could be determined by this analytical method for dendrite growth.

Ion chromatography using total board extractions in a bag at 80°C for one hr. (board surface only) showed acceptable levels of acetate, chloride, sulfate, WOA, sodium and ammonium. This larger volume of 10% IPA/90% DI water (60mL per 48 in2) dilutes the sample to acceptable levels of ionic contamination. No root cause for the failure could be determined by this analytical method for dendrite growth.

Ion chromatography using C3 localized extractions comparing the dendrite area to the reference area led us to analyze the molded plastic housing above the dendrite area. C3 results of the dendrite showed “Dirty” C3 results in 30 sec. and good “Clean” results of the reference area with the same exposed solder pad domes. C3 analysis of the plastic housing, above the shorting location, showed C3 results as “Dirty” with a failure time of 0.2 sec., causing a short to bridge the C3 electrode with 10V. IC results for the dendrite and inside housing locations showed high acetate, chloride, sulfate, sodium and ammonium residues not present on the reference area. This is a typical residue signature for many of the mold release and mold protection systems found on plastic housings and enclosures that can be transferred during heat and humidity testing of electronics systems. Using localized extraction, it was determined the board processing was clean, and contamination from the housing was responsible for dendrite shorting of the powered devices.

Ed.: This article was first presented at SMTA International in October 2014 and is published here with permission of the author.

Terry Munson is founder and president of Foresite (foresiteinc.com); terrym@residues.com.