Energy costs, energy transition, energy efficiency – these are just a small selection of keywords relating to increasingly important energy issues that we have constantly faced in the recent past. Almost all home appliances are advertised with labels showing their energy efficiency class, because even in private homes economical use of energy has a noticeable effect on budgets. Therefore, how much higher is the savings potential for industries where energy consumption is much higher than in individual households and where energy costs are a major calculation factor for production?

Both areas – private households and industry – are important for the efficient use of energy. Energy efficiency has become an issue in all areas of society. Universities offer courses exclusively dedicated to the energy industry and energy management. In other disciplines, such as mechanical engineering, the “energy efficiency” issue is essential in the training of engineers.

Over the past few years, nationwide networks have formed over this issue. The Chamber of Industry and Commerce (IHK) and the Chamber of Crafts offer their respective members comprehensive consulting services on energy efficiency in the workplace. For example, there have been large campaigns to promote energy efficiency in industry and private households, including the Energy Efficiency Initiative (initiative-energieeffizienz.de) by the Germany Energy Agency (dena GmbH) and the Energy Efficiency Export Initiative (efficiency-from-germany.info) by the Federal Ministry of Economics and Technology (BMWi).

Many businesses are discovering the economical use of energy for themselves. This can positively impact on the economic efficiency of a business. With concrete savings, due to implementing energy-saving measures in business, unexpected savings potentials can often be realized. Since the beginning of 2013, according to the “General Administrative Regulation for Procuring Energy-Efficient Products and Services” (AVV EnEff), energy efficiency is a required selection criterion for bidders in tenders. Energy efficiency has clearly grown beyond the stage of a mere act of conviction and into a tangible business or profitability factor.

It is not always easy for companies to achieve energy savings in their businesses. To achieve savings using modern technologies requires initial investments. This is usually not a problem, as these investments pay for themselves in the course of time due to savings in operation and an improved competitiveness. Often enough, amortization periods are surprisingly short.

The bigger problem in many places is that the range of modern production plants able to take energy efficiency into account is sometimes very small or even nonexistent. This is surprising when savings potential for plants that implement energy efficiency measures are considered. One would think a market for such technologies would exist.

One company committed to sustainability and efficiency is Rehm Thermal Systems in Blaubeuren, Germany. Since 1990, Rehm has produced soldering and related equipment for global companies in the electrical and photovoltaic industries. For years, the issue of sustainability has concerned those in power at Blaubeuren. A large solar system on the roof of the production hall documents this to the outside world. The latest Rehm reflow soldering machine, Vision XP+, is said to offer substantial savings in relatively energy-intensive PCB production.

Process chamber changes. The greatest demand for energy in a reflow soldering machine is probably in the process chamber, the stage of production in which components are soldered to the board. In the process chamber, temperatures must be kept stable at up to 2400C for the entire production time. The idea, which was implemented at this point, sounds simple, but implementation was rather complex – a significantly improved isolation of the process chamber. Due to the new isolation, temperatures of only about 300C (860F) were measured on the exterior shell of the plant. These measures alone reflected a reduction of 12% in the balance of the total energy consumption of the plant.

A second positive aspect, almost a side effect, is the energy savings generated from the low heat dissipation from inside the machine to the exterior. Compared to conventional systems, on which one could burn themselves on the exterior shell, the new machine reduces the need for air-conditioning in the factory. Given the size of the energy requirements, significant cost reductions can be achieved.

But the targeted savings are not feasible through just the new insulation and improved separation of the heating zones in the process chamber, and modified cooling sections. The wealth of data that must be recorded and monitored in the system is so large that separate software is required to maintain the established parameters of a production profile, or even to measure and control the energy requirements for individual sections.

With new novel software comes a system that can reliably control and monitor the oven. One module of this system is furnace communication and furnace control. With this module, current temperatures from different heating zones in the process chamber are reported to the system and automatically corrected by controlling the fans. During production breaks the system enters standby mode. By limiting fan frequencies in standby mode, savings of up to 18% can be achieved.

Monitoring tools not only monitor and control energy requirements, but also measure and meter out nitrogen requirements of the machine. (Rehm was the first manufacturer to carry out soldering in a nitrogen atmosphere.) Nitrogen displaces the oxygen from the process chamber. Thus, copper oxidation is avoided in the intense heat. Since the nitrogen comes out of the LPG tanks at a temperature of -1960C, Rehm designed the gas flow in the system so that the lower temperatures of the gases help to save energy in the cooling sections, while the gas vapor can be deployed for application in the process chamber via the temperatures of the PCBs to be cooled. A nitrogen management software option regulates gas demand.

By optimizing the plants and coordinating communication with special software, energy consumption and noise emissions are noticeably reduced in the production facilities. A better climate in the factory with less noise means big improvements in the quality of the working environment for employees as well.
Reduced energy consumption will pay off immediately. Based on current electricity prices, in direct comparison of the Vision XP and the optimized Vision XP+, electricity savings worth about 5,000 euros ($6,221) per year can be realized. A Rehm client calculated that for a 24 hr., three-shift production line, a Vision XP+ oven will save 30,000 euros ($37,328) per year over the older V6 series.

A review of electricity price developments of previous years shows a constant trend, despite fluctuations in individual years. Since 2000, industrial electricity prices have increased by 150%. And production costs are falling, while the ratio of fees, such as the EEG (German Renewable Energy Act) reallocation charge, sharply increases. And, according to the Energy Roadmap 2050, the EU Commission will not change anything before 2030, meaning until then, electricity prices will continue to rise.

Energy efficiency and energy conservation are factors that cannot be ignored when considering corporate profitability. Using these opportunities to save energy ultimately means working more economically. 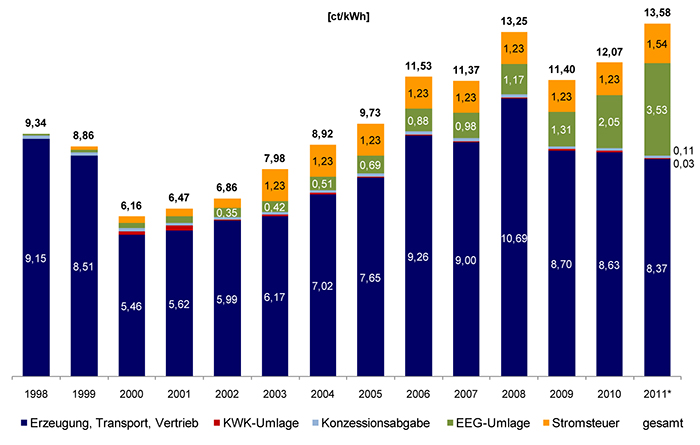