BANNOCKBURN, IL — North American year-to-date printed circuit board orders in August were up 21.9% year-over-year and down 16.7% sequentially, says IPC.

PCB shipments during the month increased 5.3% compared to the same month in 2020. Sequentially, August shipments fell 2.7%.

The book-to-bill ratio was 1.31, up from 1.28 in July. A ratio of more than one suggests current demand is ahead of supply, which is a positive indicator for sales growth over the next three to twelve months.

“While North American PCB bookings declined during August, shipments remain constrained due to supply constraints and other dislocations in the supply chain,” said Shawn DuBravac, IPC’s chief economist. “As a result, the book-to-bill rose to 1.31, a thirty-year record high. The last two months have seen shipments fall far short of what I would expect given recent order volume.” 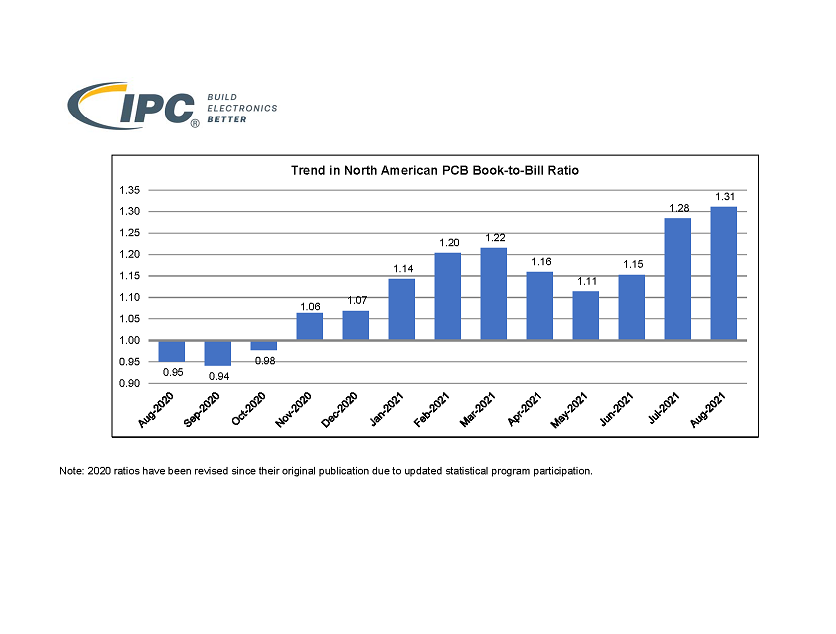