By tightening controls over materials, the risk of recalls and fakes is slashed.

Many see traceability as a burden to the manufacturing process, and having to comply or conform to yet another process or standard is not considered a good day in the office or factory. The new IPC-1782 traceability standard removes this burden by enabling a clear business model around all levels of traceability related to Smart manufacturing. Let’s take a look at some examples drawn from actual experiences, but with the details changed to avoid association with any particular company or product line.

As we explored in the December issue (“IPC-1782: The New Dawn of Traceability in Electronics”), under IPC-1782, where data are collected automatically from manufacturing processes, the costs associated with traceability data collection should be reduced or even eliminated. With smart factories and Industry 4.0, far more data are available directly from machines today than ever. The hierarchy of data organized within IPC-1782 is also conducive to efficient and cost-effective IT systems. The costs are not zero, however. Much effort still needs to be made to qualify and merge data from different sources, many of which are manual processes because automated data capture is limited. The leading SMT vendors have made a great deal of improvements recently to provide accurate and timely traceability data from their processes; however, gathering traceability data is not as simple as stuffing information derived from SMT equipment into a cloud.

The IPC-1782 committee members who contributed so much to the creation of the traceability standard agreed traceability should be implemented based on the merit it brings to the manufacturing operation, rather than through some compliance mandate. Benefits of traceability for any operation come from different areas. For many companies, traceability is an insurance policy; that is, in the event of a critical market issue, it can show manufacturing was compliant, thus avoiding responsibility. This is not always a serious benefit statement because no one ever plans to create such a market issue, and they hope it may never happen.

On the quality assurance side, if a market issue were linked to manufacturing, the true nature and scope of the issue could be determined with traceability so that recall costs and damage to the brand image would be reduced. Responsibility could be determined and effective corrective action taken. However, this is a benefit that represents a negative connotation.

In high-quality, critical manufacturing, traceability is typically seen to enable active quality management. A great deal of so-called “one-off” defects can be identified and eliminated through use of detailed process and material traceability data, which, when available in near real time, can prevent even the most rare defects from entering the market. Let’s consider some examples that illustrate these use-cases of traceability data and compare what would happen with and without the IPC-1782 traceability standard in place.

Reducing the scope and cost of a recall. The first example illustrates a classic traceability scenario involving a product recall. During extended life testing of driver airbags, a defect occurred in which the deployment mechanism did not work as expected. A few days later, another airbag failed with the same fault, followed shortly by another. A single failure was already a cause for significant concern because airbags manufactured at the same time as those under test were already released into the market and were most likely already in cars that had been purchased by customers.

On investigation, the component that failed seemed to have been placed and connected correctly, but the part was identified as ESD-sensitive. It was suspected something had gone wrong in manufacturing with respect to ESD control, but it could not be proven. The culprit could easily be something else, including a bad batch of materials.

An estimate of how many airbag units could possibly be affected had to be made because it was a safety issue. This estimate was based on the dates of manufacture of the failed units, as derived from their lot numbers and the length of time a defective material could have been used within that period (just in case it was material-related), as well as the production quantity for three months before and after the lot was made. Other products made on the same production lines were also suspect because a process defect could have affected them, even though the specific material was not common between them.

In total, around 400,000 cars needed to be recalled. This created headline news, with customers asked to contact dealers immediately to have the airbag system replaced, while being warned to drive as little as possible until the replacement was made.

The story about the potential safety issues could still get out into the public domain; it was not a secret. In reality, these kinds of “minor” recalls happen frequently, and few stories are written about them, certainly nothing like the newspaper headline cases. The cost saving for the recall and replacement of the suspected units was huge, as was the protection of the brand image. This single instance of a market issue would save much more money than the cost of the entire traceability data recording and supporting systems. 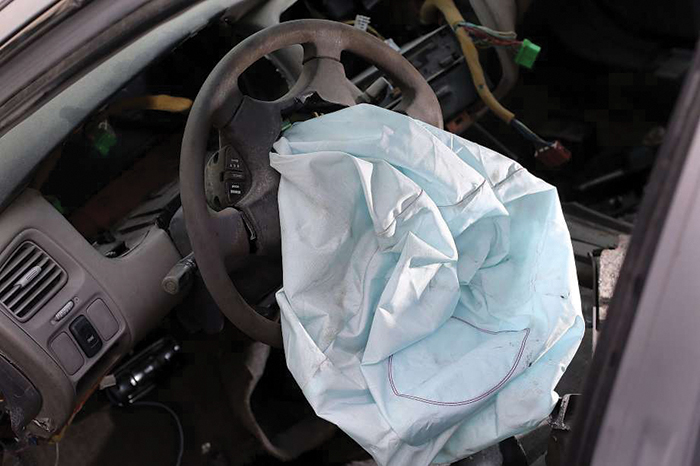 Traceability enhances quality process. Many believe, rightly, any innovation related to quality that simply deals with defects released into the market is missing the point. While recalls remain a real threat, active quality management techniques are more sophisticated with the use of statistical analysis of results within manufacturing. Testers provide a wide range of output data options, many of which are either not fully utilized or are only utilized in a narrow area related to the test itself. Gathering the data and integrating it with manufacturing data provides an effective tool for active quality management.

For example, a medical EMS company was making a work order that comprised 1,000 safety critical devices, each of which had to pass through a number of final test operations. One of the devices failed a certain functional test and was routed to the designated repair station. On inspection, it was found the connection of a pin carrying the power supply to the IC was cracked because the IC had been placed badly so that only a partial connection was made. The unit passed in-circuit test (ICT), which checks connections; the connection then only failed under test load conditions.

Although this unit could be repaired, the key questions were whether all the remaining products in the lot could be shipped or whether they would have to be inspected, reworked or subjected to additional testing. Without traceability data, the worst-case scenario had to be assumed, meaning all units would have to be disassembled from any box-build processes they had been through, the PCBs removed, inspected, reworked, and retested, and the final products reassembled and then retested. This would take two to four weeks, even with a specialist team of engineers and tools – a significant delivery delay for
the customer.

One-off defects continue to plague the industry, as engineers strive to identify and eliminate sources of variation. With the complexity of electronics assembly processes and many opportunities of interaction between them, IPC-1782 traceability data provide critical knowledge to take quality to the zero defect level.
With higher levels of traceability data, no one has to wait for a defect to be detected before taking some countermeasure. Data can be analyzed with Six Sigma analytics to predict when defects may occur, so that alarms can be set and countermeasures triggered as soon as a trend is seen.

Traceability against counterfeits. Counterfeit materials represent a much more serious problem to electronics manufacturing than most people choose to admit. Throughout the work done by the IPC-1782 committee, many examples of counterfeit materials were brought up as examples. Used machines that create, package, repackage, or re-mark materials are easily available to potential counterfeiters. Cheaper materials can be presented as more expensive materials, tolerances and specifications changed, and test materials or even defective materials substituted as genuine.

This is serious news indeed for manufacturers, which have become accustomed to trusting their materials suppliers, a trust built over many years that has resulted in today’s minimal incoming inspection requirement. Checking for the kind of counterfeits as seen in the reel mentioned earlier would require 100% testing or inspection, which manufacturing clearly cannot afford when considering the vast number of materials used. Neither can a potentially serious quality issue be tolerated, however. The increasing practice of screening for counterfeits is simply a band-aid until a real solution for counterfeit materials can be found.

For example, a smart heating-controller manufacturer reported an increasing number of failures happening in the market. Analysis of the faulty devices revealed the repeated failure of a certain memory IC. Inspection found the IC was mounted correctly but looked strange: the texture of the surface of the part was different in the center compared to the edges. On closer inspection, they found old markings had been rubbed off and new markings applied, with the faintest trace of the old markings remaining. They determined the device was a counterfeit.

This particular IC, however, is common in many different products. Without any knowledge of how, where or when the IC came into the supply chain, the scope of any remedial work would have to effectively include all products made with that device over a long period of time, which could number in the millions. Should they do nothing except replace customers’ faulty units and hope nothing serious occurs? Should a major recall and rework be done, potentially replacing months of production? Without traceability data, there is no good answer.

In the early days of IPC-1782 adoption, a break in the flow of information up through the supply chain is likely to occur. However, traceability information from the factory is still relevant and an effective tool for QA because it demonstrates responsibility to at least the distributor, supplier or manufacturer of the material. Then, the customer has significant leverage to avoid using that supplier, distributor or manufacturer, to pay for inspection costs, to force increased inspection at the supplier/distributor, or to provide some kind of compensation.

All these things provide the motivation throughout the supply chain to propagate information further back until the source of the counterfeit is found. Once counterfeiters realize they cannot continue without the fakes being tracked back to them, then the risk becomes too high and the instances of counterfeits will be reduced. Traceability is an effective policing tool against counterfeits. Once everyone adopts it, counterfeits will almost completely go away.

The idea here is not to scare manufacturers into the adoption of traceability, but to show the potential values that will be gained in the many routine, as well as exceptional, scenarios. Traceability is no longer something that needs to be done but never used. With today’s “smart” processes, a great deal of information is already available from machines that satisfy every level of IPC’s traceability requirements.

Only the very highest level 4 of the IPC-1782 traceability standard should require specialist or additional data entry beyond what would be expected from a “connected” machine or process. Using a nonproprietary standard language to connect any machine or other process, such as the Open Manufacturing Language (OML), makes automated data collection more cost-effective. The IPC-1782 standard is timely, and we may just be seeing the tip of the iceberg of the benefits that can be had. This is a good time to be in control.