ROI of a Soldering Robot

When it comes to soldering, can a four-axis robot beat an experienced operator?

How does hand soldering compare to robotic soldering?

A Wisconsin-based OEM wanted to know, so it agreed to install a four-axis solder robot and run a production analysis against its most experienced hand soldering personnel. The analysis conducted by the OEM would be based on productivity, rework and return on investment over a three-week period using a solder robot.

Test protocol. The OEM loaded two multi-up panels into a fixture, with each panel containing five boards. Each of the boards had four solder locations (joints), which totaled 20 solder locations per panel, or 40 locations per batch run. A SAC 305 solder with a 2% flux core was used for the test.

FIGURES 1 and 2 show the data. At the end of testing, the OEM found the solder robot had a 4.8% defect rate (203 errors) over the 4,240 solder locations. Excluding the five worst panels (161 errors), the failure rate was 3.9%. The hand soldering process did not have a measurable defect rate since joints were inspected and repaired by the operator who had originally soldered them, and touchup was conducted on the spot. 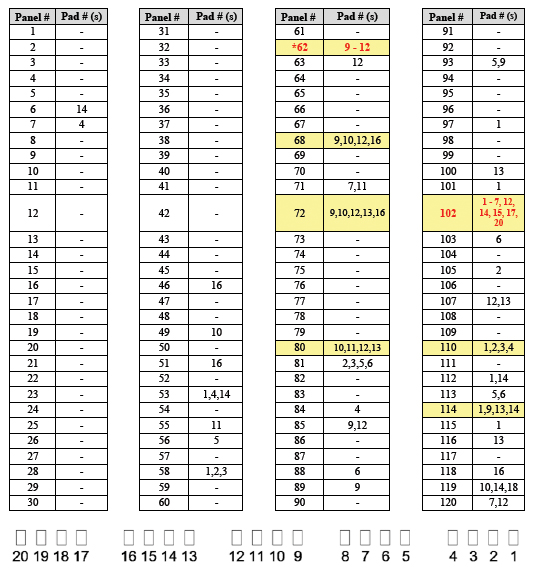 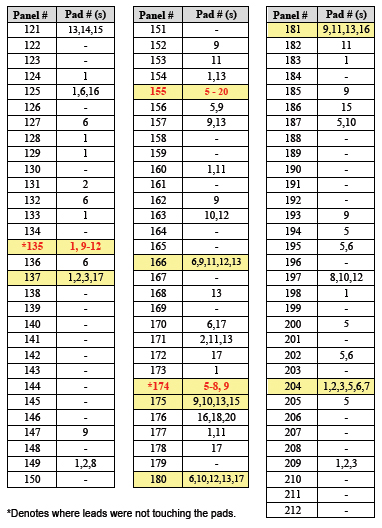 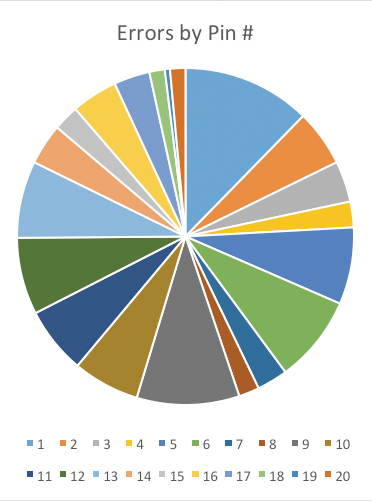 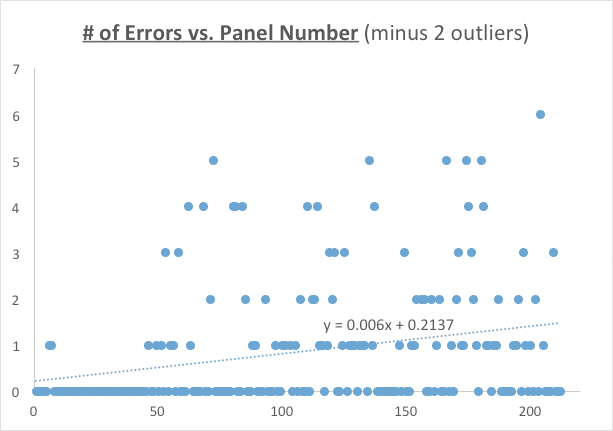 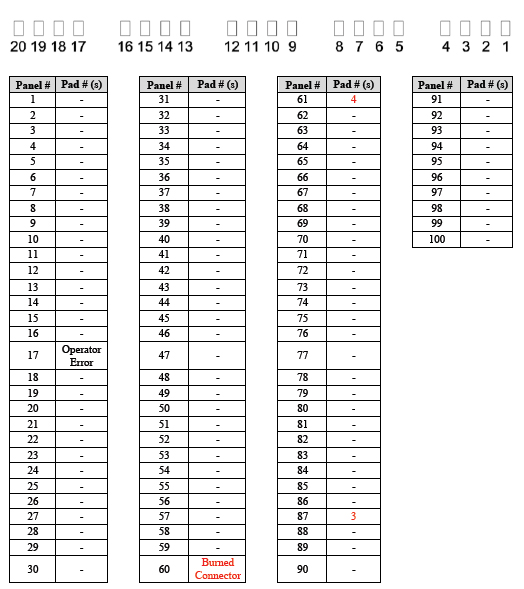 Other findings. The OEM was advised that use of a higher flux core solder wire (3% ~ 3.5%) could have permitted more consistent wetting of the solder when soldering with an automated robot. For testing, the customer opted to use a 2% flux cored solder it had on hand. Because a solder robot typically solders more joints in between cleaning cycles, a higher-flux-content solder wire is highly recommended, as it would help reduce the defect rate and extend tip life.

ROI was based on the solder robot’s purchase price vs. the cost of an operator (including benefits) based on the OEM’s location. While robot pricing varies based on the vendor and features, for the purposes of this analysis using the purchase price presented to the OEM, the robot demonstrated a 12.6 month ROI with one operator employed to load/unload, inspect and touch up the defects.