Tools that eliminate waiting time for ovens to stabilize on new temperatures can dramatically increase productivity.

The SMT market in the US and areas of Europe is characterized as high-mix/low- to medium-volume and often extreme high-mix and/or extreme low-volume. Interestingly enough, there are conversations in the US market of a movement toward high-mix/higher volume while increasing efficiency. On a recent visit to OEM and EMS factories in Florida and Texas, I visited one large factory that had up to 37 changeovers per day per line. Another factory, also large, frequently had batch production runs of only one to 10 PCBs. Many production lines in the US and Europe now endure more downtime than production time. Production downtime in such factories has many factors, but predominantly it is caused by machine setup and changeover time.

One critical machine that can contribute to much of the downtime or the potential success of the aforementioned business models is the reflow oven. The oven can be very time-consuming to set up for a new PCB assembly, and it frequently is the slowest machine in line changeover. One need not be a CFO to realize that this can be a killer of profit and delivery times. Many technologies have been developed for mass-production factories of China and other lower-cost countries. Less attention has been focused on the unique needs and technical solutions of high-mix markets.

SMT assemblers strive to produce strong solder joints without damaging components or substrates during the soldering process. Solder paste, substrate and component manufacturers provide tolerances or process windows that need to be followed. The best manufacturing practice to manage the reflow process is to attach thermocouples (TC) to every unique PCB part number and select an oven setup that positions the PCB profile in spec. In-spec is determined by measuring a time versus temperature profile that conforms to the interface between multiple process windows:

A chain is only as strong as its weakest link. It is not sufficient to process most components within spec; they all have to be processed in accordance with the relevant process window. This can be tricky since there may be hundreds or even thousands of components being soldered to the same substrate, and the position on the substrate, along with the thermal mass, will influence how they heat up and cool down. Additionally, the components may have process windows that differ from each other.

Many factories will assemble dozens and even hundreds of unique assemblies monthly. While some of them can and will run their thermal process the “correct” way, others cannot or will not. There may be various reasons for this:

So if a factory cannot use best manufacturing practices for the reflow process, do technologies and methods exist that can help them come close? To answer that question, we first must understand what results we seek.

At the fundamental level, an electronics manufacturer is in the business of producing products at the quality requested, delivered at the agreed upon schedule, at a price the customer is willing to pay, and at a cost that permits the manufacturer to be successful. Everything else is a means to an end. Profiling, traceability,
process control, inspection, and more are not an end in themselves – unless a client specifically requests them – but rather tools to be utilized to improve quality, productivity, and cost reduction in order to help the manufacturer become successful.

Software that recommends the best oven setup for each assembly to produce an in-spec profile is available today from several companies. Such software can handle different process windows for different components on the same PCB, and can dramatically reduce oven setup time. However, it does require that a minimum of one profile is run first, and therein lies the rub.

Until recently I did not quite appreciate the difficulty some factories have in acquiring a relevant PCB for profiling, or to take the time to follow best manufacturing practices. EMS companies, for example, are frequently provided X number of boards and are supposed to provide X number of assemblies, not X minus a profiling board or two. But even an avionics OEM that I recently visited explained that his $40,000 assembly could be one of a kind, and the quality managers did not want to risk multiple reflow runs on this two-sided assembly. That left the manufacturing engineer without a representative PCB to profile. (Incidentally, that concern is valid, along with a healthy skepticism of rework. Years ago, a computer company in the US tracked all its high-priced PCBs throughout the lifetime of their computers. They concluded that PCBs that had undergone rework were much more prone to come back for warranty repair months or years later. Hence, multiple reflow runs and rework can introduce latent weakness in the product regardless of how well they pass the quality tests before they leave the factory.)

Reducing the need to profile. Oven setup software that utilizes a built-in database that does not require an initial profile run, even for a new PCB assembly, promises to greatly reduce setup time. Vitronics Soltec, for example, ships some of its oven models preinstalled with such capabilities. The technician simply inputs the length, width, and weight of the PCB, and the system recommends the best oven recipe in a few seconds – without running a profile (FIGURE 1). Whether the technician decides to run a verification profile afterward (recommended) or not, this more scientific method will at least offer improvements over the common “guessing game” going on in factories every day: namely, looking at a new PCB assembly and using the oven settings currently employed for the most similar PCB, while not even running a profile afterward. With these challenges, if the manufacturing engineer used their expertise and was able to achieve an acceptable result, and a later product-based verification run could not be run, some would use tools to establish a baseline for future reference. 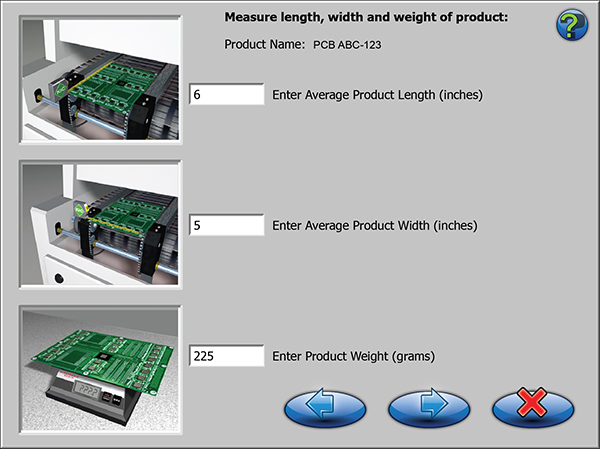 Figure 1. Reflow oven setup software reduces the need to profile thanks to databases that recommend the optimal recipe.

Additional technologies offer near-instant oven changeover. To explain how they work, let us first look at the challenge at hand. An average reflow oven has literally billions of alternative recipes because each zone temperature can be adjusted in small increments within a wide range. Additionally, the conveyor speed adds yet another variable, to form a huge number of possible combinations. The oven setup software will perform an exhaustive search of all of them, and for each unique oven recipe, it will predict the profile and its relationship to the relevant process window. (This prediction task takes only a few seconds after an initial profile is run.)

Novel technology can be used to identify a common recipe that can process groups of different PCBs. One method is to simply attach a large and a small PCB to the same profiler. The software will search for a recipe that can process both PCBs in spec; therefore, the other PCBs in between will be in spec. Depending on the oven capability, it may not be possible to use a single common recipe for all PCBs. Instead, the software can generate a select few recipes for groups of small, medium and large PCBs. As always, running a real verification profile with TCs attached to the PCB is recommended, but frequently omitted.

Another application of the software is to identify a new oven recipe by only changing the conveyor speed, and keeping the zone temperatures the same (FIGURE 2). Oven changeover from one recipe to another using the same zone temperatures with a different conveyor speed is near instantaneous. On the other hand, a reflow oven may need up to 30 to 45 minutes to stabilize on a new recipe if the new temperatures differ greatly from the current. This is especially true when the oven changes from a hot to a cooler recipe. A reflow oven will heat up much faster than it cools down, and a given day’s batch of production runs should start with the coolest oven recipe and end with the hottest. This approach requires more preproduction planning across the organization, but enables a higher-mix environment to become higher volume by improving efficiency. 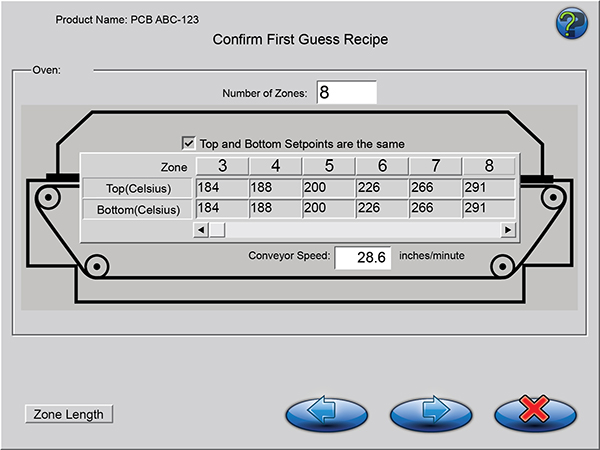 Figure 2.  Tools that adjust the conveyor speed while maintaining the zone temperatures can accelerate changeover time.

Automating profiling. Some companies, especially those making automotive and other high-reliability electronics, will demand best manufacturing practices. The manufacturer will have no choice but to set up the oven correctly and run verification profiles. Discussions between manufacturer and clients take place constantly with regard to the frequency of profiling. Weekly? Daily? Every shift? One camp states that reflow ovens are so stable that profiling can be performed less frequently. The other camp argues that running verification profiles even as frequently as every shift means that production is running blind that whole shift.
Common variations like changes in the exhaust system, thermal loading, pressure changes, and human errors may affect the thermal process significantly.

Automatic and continuous profiling that measures the profile in real-time for each and every PCB being produced is becoming popular among many manufacturers because the technology provides traceability, eliminates the problem of running blind in between spot checks, and eliminates the production downtime associated with periodic manual profiling. The systems will further reduce downtime by monitoring the oven during the changeover phase and alert the technician the moment the oven is ready for production.

Another source of downtime can be the time it takes to troubleshoot a production run that has stopped due to a yield problem. Although typically less than 5 to 10% of defects are attributed to the reflow process, many factories will run a profile to troubleshoot the yield issue. This is due to the lack of process information in this historically “black box” reflow oven. Automatic profiling will inform the engineer immediately whether the problem is in the reflow process or not, reducing troubleshooting time. If the problem is in the thermal process, the system provides information to identify the problems in the oven.

In summary, it is not uncommon for production lines at SMT factories in the US and Europe to spend more time on setup and line changeover than actually running production. Additionally, following best manufacturing practices for the reflow process may not be possible or acceptable at these factories. Today, process engineers and managers are doing their best with what they have. They can use tricks like scheduling the production batches to run cooler oven recipes in the morning and progress toward hotter recipes at the end of the day.

Oven setup and process optimization software may improve both productivity and quality by permitting a more scientific and accurate approach to reflowing assemblies under such difficult circumstances. Nothing beats best manufacturing practices, but sometimes when you are given lemons, make lemonade.