Olin King (1934 - 2012) is known as the father of electronics manufacturing services, although the term wasn't coined until years after the Alabama businessman founded Space Craft International, in 1961. Over the next 40 years, King built the firm from its humble beginnings as a three-man company into SCI Systems (as it was later to be known), the world's largest contract electronics assembler, with 24,000 employees and annual revenues of nearly $7 billion. King studied physics and math and later engineering in college, then starting in 1957 worked for RCA and later the US Army, where he helped build the first 11 US satellites while working for ballistic missile program. SCI for years assembled components for space and military programs, before branching into the computer industry with the IBM PC1 in the 1980s. King retired as SCI chairman in 2000. 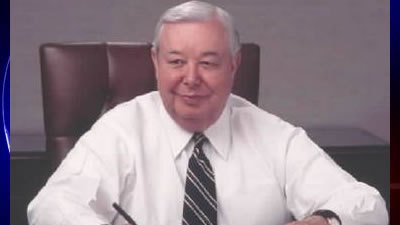 Dutch engineer R. J. Klein Wassink (born 1933) literally wrote the book on electronics soldering and assembly. His seminal work, the 470-page Soldering in Electronics, was first published in 1984. Revised in 1989, the updated manual weighed in at nearly 800 pages. It quickly became a standard part of every engineer's toolkit. In 1995, he followed that tome with the 510-page Manufacturing Techniques for Surface Mounted Assemblies (revised in 2001). He is perhaps the most referenced electronics engineer in the English speaking world.

Wassink spent the better part of his career at Philips' Centre for Manufacturing Technology in Eindhoven, The Netherlands, where he developed soldering and assembly processes for what was then the world's second-largest electronics manufacturer. He graduated in metallurgy from the Technical University in Delft, Holland, in 1962. He spent 1962 to 1974 as a researcher in metals and ceramic technology at Philips Research Laboratories, then led the Centre for Manufacturing Technology (CFT), which researched mounting technology and soldering. Near the end of his career, he became scientific advisor within the Circuit Technology department of the CFT.

George Devol, Jr.,1912 – 2011, invented the first digitally operated programmable robotic arm. The invention formed the basis for the modern robotics industry, including future screen printers and placement equipment. Devol's invention, which he called the "Unimate," was first put into practice at a General Motors plant. The US PTO awarded him a patent for the idea in 1961, one of more than 40 patents Devol was granted during his career. He later launched the world's first robot manufacturing company, Unimation. In 2005, Popular Mechanics magazine selected the Unimate as one of the Top 50 Inventions of the Past 50 Years.

Stanislaus F. Danko, born 1916, of the U.S. Armed Forces Signal Research and Development Laboratory co-developed the "Auto-Sembly" process, the first known dip soldering process using radial leaded components. The automated process punched holes in regular printed or etched electronic circuits, then dropped the component leads through the holes and dipped in a solder bath, soldering all connections in a single operation, the precursor to modern wave soldering. He an coinventer Moe Abramson were issued US PTO no. 2,756,485 for their invention. He graduated in 1937 with a bachelor's in electrical engineering from the Cooper Institute. He also testified as an expert witness for the defense in the famous Technograph Printed Circuits v. Bendix Aviation lawsuit, which pitted the inventor of the printed circuit against an alleged infringing party. 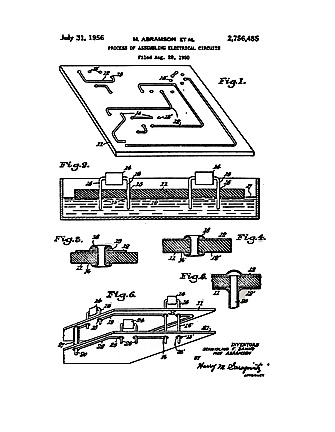 It was 1949 when Moe Abramson (1912-1986), along with Stanislaus F. Danko, both of U.S. Armed Forces Signal Corps, invented the "Auto-Sembly" process, the first known dip soldering process using radial leaded components. Using their automated process, holes could be punched in regular printed or etched electronic circuits, then the component (resistors, tubes) leads were dropped through the holes and dipped in a solder bath, soldering all connections in a single operation, the precusor to modern wave soldering. The US PTO issued Abramson a patent for the idea in 1956. In 1957, Abramson was bestowed with what was at the time the largest cash reward ever made by the Army for an employee suggestion: a $10,000 award for the idea.

Jim Raby (b. 1934) has spent his entire career -- more than 55 years -- in electronics manufacturing. Starting with the Saturn/Apollo Program, Raby became synonymous with soldering and high reliability printed circuit assemblies. He is credited for developing the NASA and Navy (the famous China Lake) soldering schools, and was instrumental in developing the IPC soldering certification curriculum, used by the vast majority of the industry today. He initiated the Electronics Manufacturing Productivity Facility (now known as the American Competitiveness Institute). All in all, he has trained tens of thousands of engineers and operators.

He has been issued patents for wave soldering and embedded components, and initiated the Zero Defect Program for wave soldering. He also was the driver of  the Lights Out Factory concept that revolutionized the modern electronics manufacturing facility.

For more than 30 years, Raby worked on industry standards, including DOD-STD-2000, MIL-STD-2000, J-STD-001 and IPC-A-610. He also helped write and implement standards for wire harnesses. He has been involved in the research for lead-free solder processes and materials. His seminal paper, "Standardization of Military Specifications," was the roadmap for reducing some 219 specifications into a single four-document set known as MIL-STD-2000, the precursor to J-STD-001 and IPC-A-610. He has worked on more than a dozen standards and training programs, and chaired or vice-chaired committees on soldering, rework and repair, component mounting, and product assurance. He wrote the curriculum and conducted beta testing for IPC training programs for J-STD-001, IPC-A-610D, IPC/WHMA-A-620, and IPC-7711/7721A, and received the IPC Presidents Award in 1984.