Carroll Perkins, an engineer and product manager with Solitron Devices, invented and patented the concept of bonding a semiconductor device to a leadframe, and then encapsulating the package. He called it an "electronic hybrid package," but it became the precursor for MCM and other multi-chip device technology. He was issued a US patent in 1972. (US PTO no. 3784725A) His professional career spanned 1958-2003, after which he continued to teach as an adjunct professor at Forsyth Technical Community College. 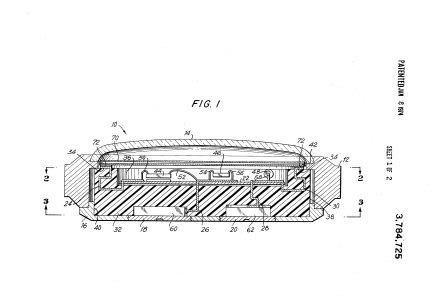